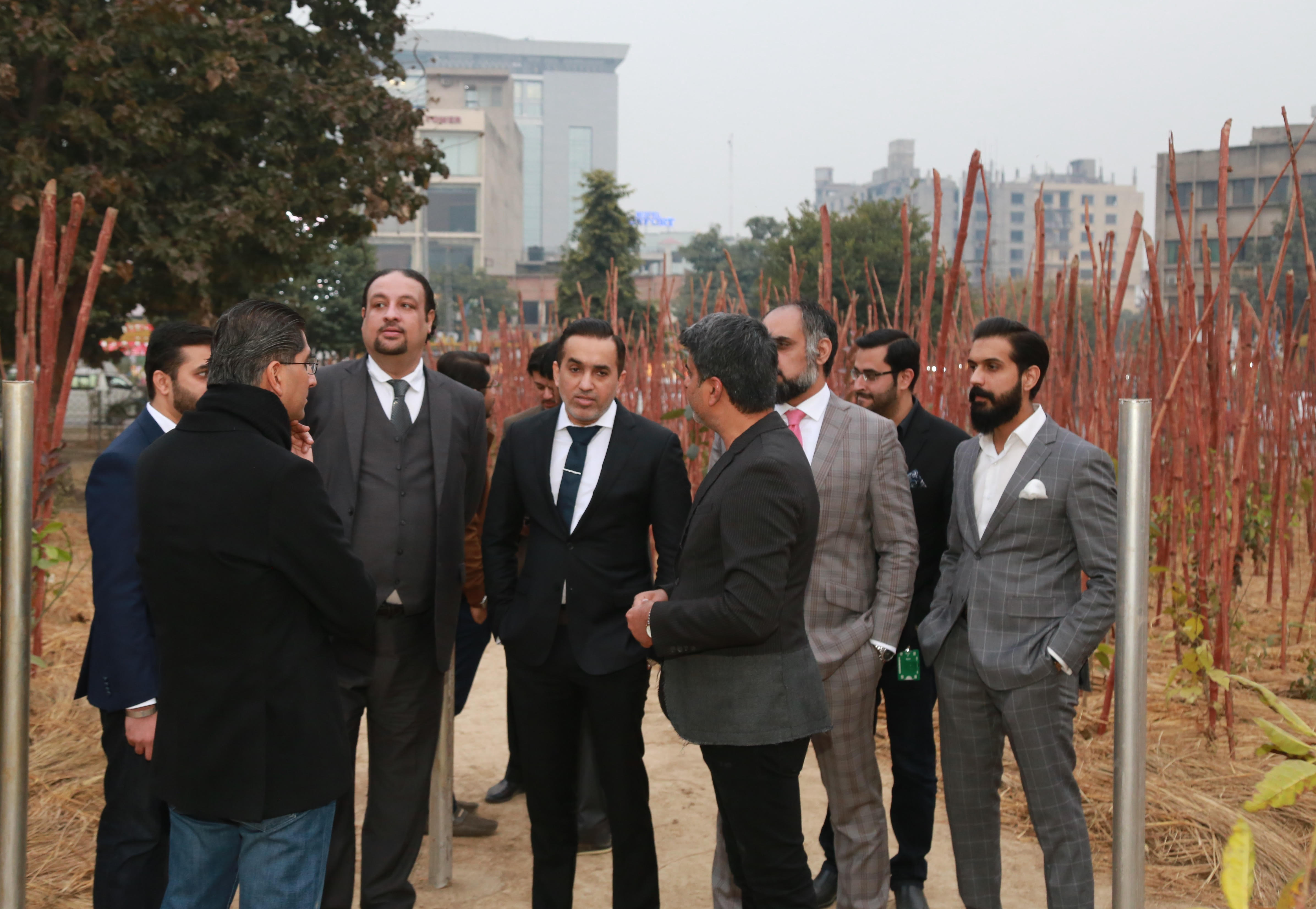 Pakistan’s largest real estate portal Zameen.com and renowned developer Izhar-Monnoo Group inaugurated a Miyawaki urban forest on Sunday after agreeing to work together on a plantation drive on 2,850 square meters of land in Liberty, Lahore.

Miyawaki refers to a plantation technique where trees can be planted densely in small areas and made to grow faster than usual. This inauguration ceremony was attended by Federal Minister and Adviser to the Prime Minister on Climate Change Malik Amin Aslam, COO Izhar-Monoo Developers Sheraz Monoo, Lahore Development Authority (LDA) Vice Chairman SM Imran, and LDA Director General Sameer Ahmad, founder of RESTORE Bilal Chaudhary, Secretary Afforestation Atiyya Noon, among others. Speaking on the occasion, Federal Minister Malik Amin Aslam thanked Zameen.com for its cooperation in the project. He said Lahore was once called the city of gardens, and lamented that it was no longer the case.
“In keeping with the vision of Prime Minister Imran Khan we are making efforts to make Pakistan clean and green once again,” he added.

The minister further said nature has blessed Pakistan with unique natural beauty, and with public-private partnership we will plant more trees, create more forests and also promote the country’s tourism sector. The government is also working on the billion tree tsunami, and 200,000,000 trees will be planted in Punjab, he added.

“From Zameen.com’s point of view we would like to continue this mission, and we will continue doing as much as we can for the country.”

He said we all know that air pollution is a major issue in Lahore and such initiatives will help us and our future generations. He added that climate change was a global crisis, not just a regional issue, and according to reports issued by international bodies, Pakistan was among the countries that were at the highest risk from this problem.
Therefore it is imperative that we work together to tackle this issue.
Tree plantation is the fastest way to deal with the issue of climate change, he concluded.