The situation developed when Sani tried to explain the widely circulating video of members of the Pakistani team sitting at a sheesha bar. Some claim that the video was shot a few hours before the match, while others say it was from the day before. What people deducted from the video in return was that the cricket team was ill-prepared and took the match lightly.

Upon seeing the video, Sania shared: 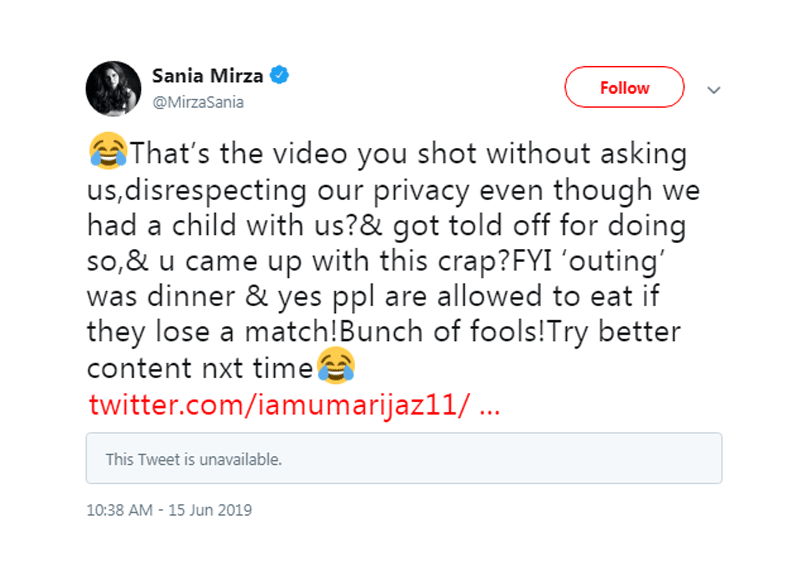 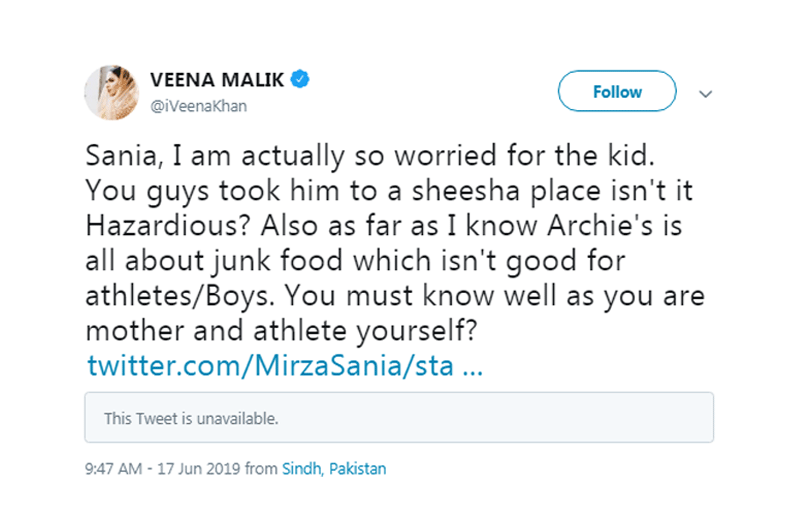 The uncalled for Tweet ofcourse led to a clash between the two personalities and Sania made sure to tell Veena off, in other words, to mind her own business. 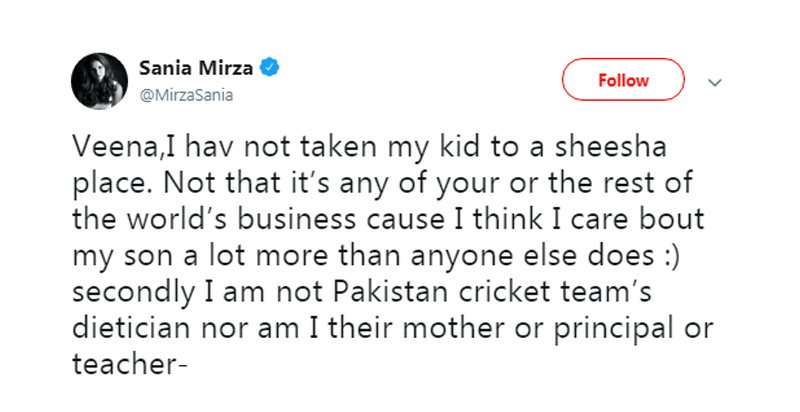 Once again, Veena tried to comment upon an irrelevant aspect to which Sania has not yet responded and is likely will not respond either. Here’s what Veena added: 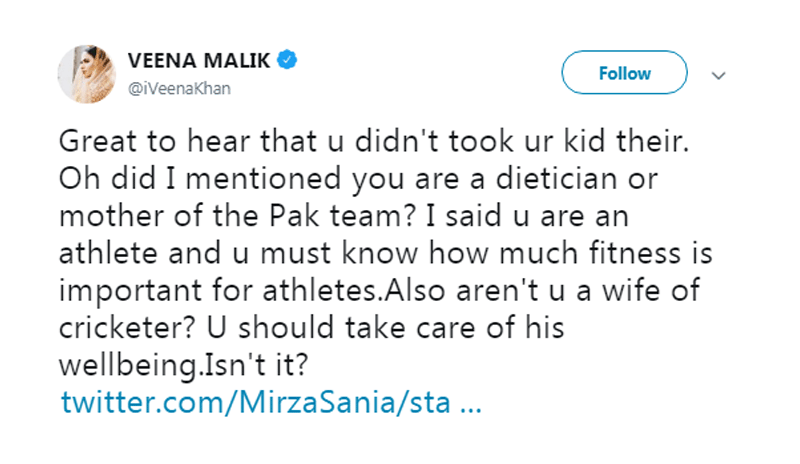 A prominent personality as Veena Malik and as someone who has faced serious backlash and criticism over her career should know better to target another woman and blame her for her husband’s choices.

What do our readers think about this issue? Share your thoughts in the comments section below.