News has been circulating as of late that some of Pakistan‘s most popular frozen food brands, including K&N’s, Dawn Foods, Mon Salwa, have been found to contain excessive amounts of fatal bacteria.

Action has been taken against these companies who had to recall their products.

Punjab Food Authority (PFA) had found in their latest poultry and meat products analysis that the frozen items were found to have high quantities of Listeria Monocytogenes and other bacteria.

Listeria Monocytogenes is a food-borne bacteria which can be fatal for a person’s health if consumed in a large quantity. The bacteria causes symptoms such as fever, flu-like symptoms, nausea, and diarrhea.

The said bacteria causes an infection called Listeriosis which is responsible for an estimated 1,600 illnesses and 260 deaths in the US alone. It is listed as the third deadly infection to cause deaths among food-borne bacterial pathogens, with fatality rates exceeding even Salmonella spp. and Clostridium Botulinum.

PFA has also shared results from the analysis conducted which read that the products of K&N’s DeLine have failed to meet the quality standards required by the authority.

The products that failed the test include: 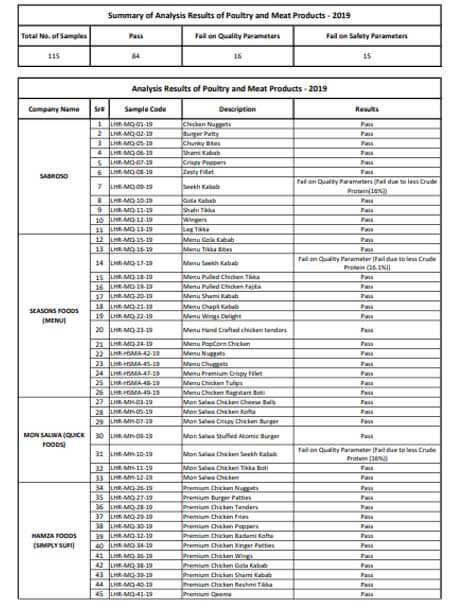 The frozen food companies have been fined as well:

Bank Alfalah Fires Employee For Abusive Behaviour, Yet People Are Boycotting The Bank