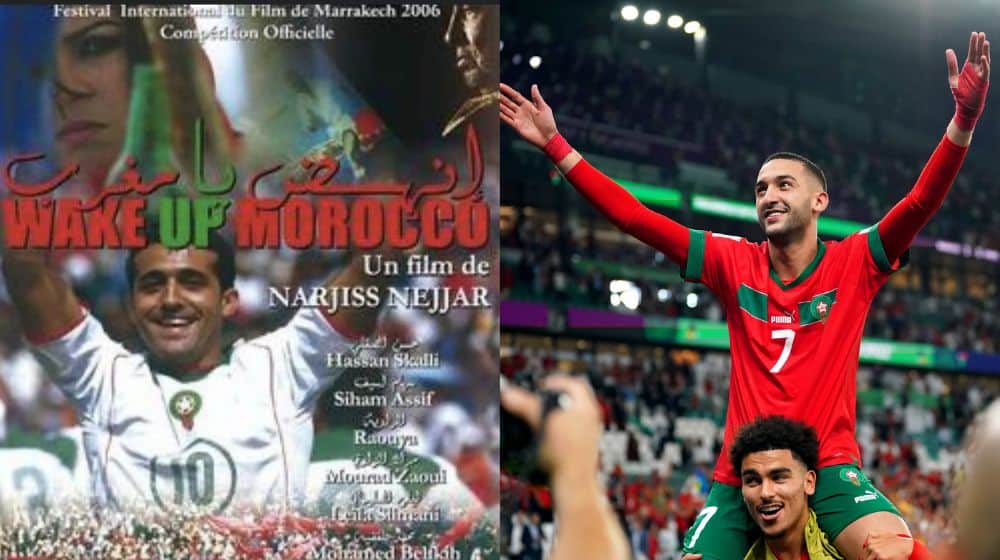 Morocco shocked the world as it became the first African nation in history to qualify for the semi-finals of the FIFA World Cup. Morocco’s dream run is considered one of the greatest achievements in history as the North African nation eliminated pre-tournament favorites, Spain and Portugal in the knockout rounds.

The Atlas Lions already sent shockwaves in the football world as they eliminated Belgium from the group stage and qualified for the Round of 16. They continued the fairytale as they defeated Spain via penalties in the Round of 16 and went on to defeat Cristiano Ronaldo-led Portugal in the quarter-finals.

Morocco’s historic run in the 2022 FIFA World Cup not only sent the Moroccans into jubilation but the football fans all over the world celebrated the awe-inspiring performance.

Interestingly, the North African nation’s memorable run in the ongoing mega-event was predicted almost 16 years ago in a Moroccan movie titled ‘Wake Up Morocco’, which truly reflected the emotions of Moroccan players and fans as they qualified for the FIFA World Cup final.

Wake Up Morocco contains eerie similarities with Morocco’s ongoing performance in the FIFA World Cup. It displays footage of mass celebrations across the country which can be mistaken for the celebrations that are ongoing in recent days.

Morocco is just one step away from qualifying for the final of the 2022 FIFA World Cup, but they have a huge task on their hands as they face France in the semi-final of the tournament. The match is scheduled to be played at 12:00 AM (PKT) on Thursday.

Check out some clips of Wake Up Morocco: