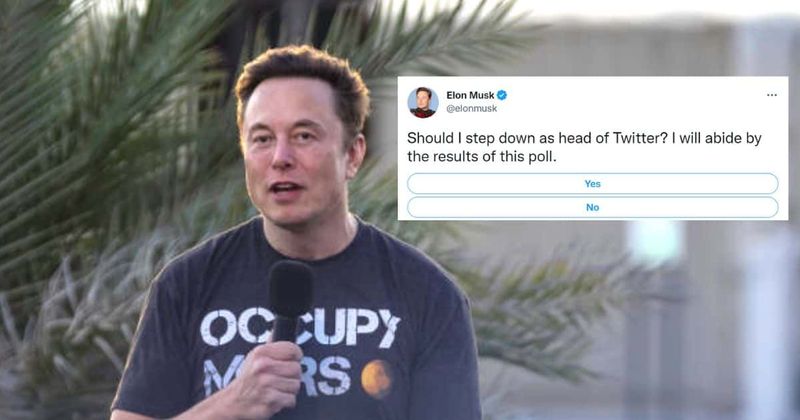 Elon Musk may be giving up his role as the head of Twitter already. The CEO recently posted a poll on Twitter, asking if he should step down and that he would abide by the results.

The poll is currently leading with positive votes with only 5 hours remaining until it ends. More than 12 million people have voted already.

Since he has kept his word with all his previous polls, it is safe to assume that Musk may soon be ending his run as Twitter CEO. 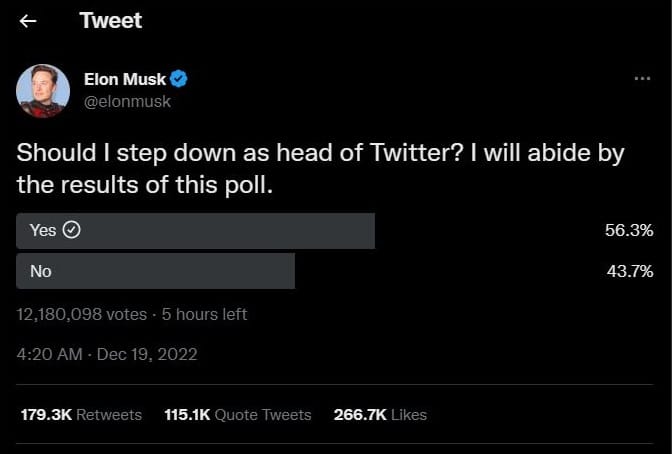 There have been reports that Musk intended to be the CEO of Twitter only temporarily. Just one month ago, he stated that he was going to hire someone to lead the company. Musk said that the company was “in the fast lane towards bankruptcy since May” and that “The problem is not finding a chief executive, but finding one who can keep Twitter going.”

Musk might be willing to sell his expensive toy to someone else for a while, despite being under fire due to his #TwitterFiles journalist ghosting his pleas for a public response.

While not mentioned in Musk’s tweets, the fact that Tesla’s stock has fallen to $150 per share (a drop of nearly 50% from last year) is clearly looming over this recent Twitter episode. Musk also fell to number 2 on Forbes’s list of the richest people in the world.

Musk has mostly acted in accordance with the results of the polls posted to his Twitter account, but that may be subject to change. He also stated that “No major content decision or account reinstatement” would be made without convening a content moderator council. However, he retroactively claimed that this was no longer true due to activist groups who “broke the agreement.”