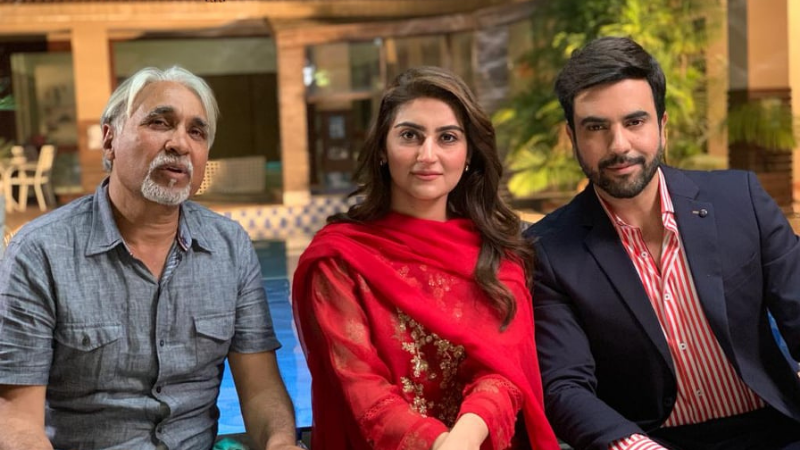 Actor-singer Junaid Khan will soon appear on our TV screens with actor Hiba Bukhari in the upcoming drama Inteha-e-Ishq, which will be aired on A-Plus TV.

Khan — who was previously seen in the drama Kashf in 2020 — is all set to entertain his fans with a fresh performance alongside Bukhari. The teaser for Inteha-e-Ishq has been released by A-Plus TV, giving viewers a small glimpse into what the story will be about.

The drama has been directed by Dilawar Malik and produced by Khurram Riaz — who previously produced the drama GT Road. Riaz revealed the name of the drama and that it was written by Shagufta Bhatti.

Bukhari took to Instagram to share the news of her upcoming drama with her fans. “Excited to present the first look of the play,” she wrote as she shared the drama’s teaser.