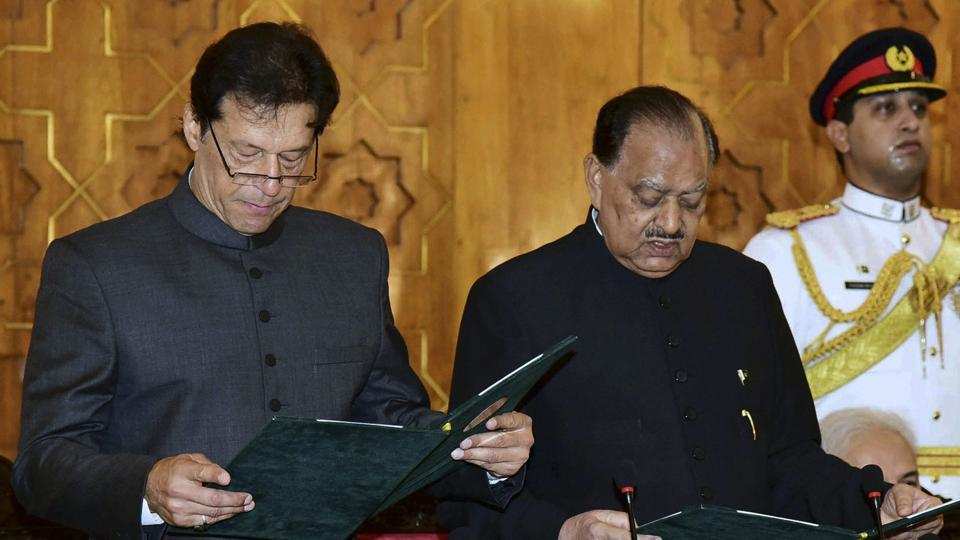 18th August 2018 has been a big day for Pakistan and its inhabitants. Today is the day when Imran Khan has taken oath as the 22nd Prime Minister of Pakistan after years and years of struggle in the Pakistani political terrain.

Khan’s oath taking ceremony found many of the stars and celebrities in attendance. Actor Javed Sheikh, actress Sana Javed and singer and Pakistan Tehreek-e-Insaf member Abrar-ul-Haq were some of the celebrities who came to attend the historic event. Former Indian cricketer-turned-politician Navjot Singh Sidhu and cricket legends Wasim Akram and Ramiz Raja were also present.

Imran Khan, himself was all smiles and people also couldn’t stop commenting on his cheeky smile.

Who knew the first problem Imran Khan would have to face after taking the #oath would be Urdu dictation. #PrimeMinisterIK

What is more is that Imran Khan’s sons were not present at his oath taking ceremony as the newly elected Prime Minister and Jemima Goldsmith tweeted to clarify the reasons as well.

Thanks. The boys are very sad not to be there but IK was adamant that they should not come.