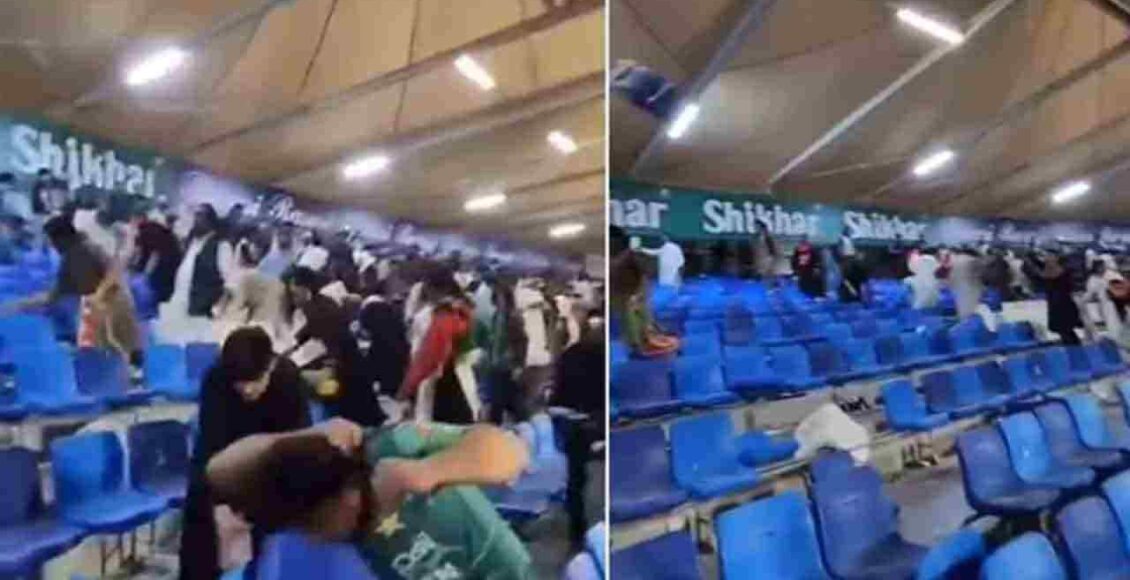 Pakistan’s thrilling victory over Afghanistan in the 2022 Asia Cup last night was overshadowed by chaotic scenes as Afghani cricket fans could not keep their emotions in check and attacked the celebrating Pakistani fans inside the stadium.

In what should have been a celebration of an outstanding cricket match, in which both the teams gave their all for their respective countries, the Afghanistan fans showcased their immature behavior as they uprooted chairs from the Sharjah Cricket Stadium stands and threw them at the Pakistani supporters.

Several videos of Afghanistan fans attacking Pakistanis and throwing chairs around the stadium have been circulating on social media since the conclusion of the epic encounter.

After the Afg Pak World Cup match last year I decided I would never watch another game between these two teams at the stadium. pic.twitter.com/JrJnpmUP09

This is not the first time that Afghanistan cricket fans have attacked their opposing fans inside the stadium. A similar incident occurred back in 2019 as Pakistan and Afghanistan faced off in the ICC ODI World Cup at Leeds. Pakistan, courtesy of Imad Wasim and Wahab Riaz’s heroics, had defeated Afghanistan in a nail-biting encounter. Scenes got ugly as Afghanistan fans destroyed the stands and threw chairs at Pakistani fans.

Earlier in the match, tempers reached a boiling point as Pakistan’s explosive middle-order batter, Asif Ali, and Afghanistan’s pacer, Fareed Ahmed, were involved in an ugly exchange on the field. Fareed hurled abuses at Asif after taking his crucial wicket and Asif responded by raising his bat. Umpires intervened and cooled them off before Asif headed back to the pavilion.