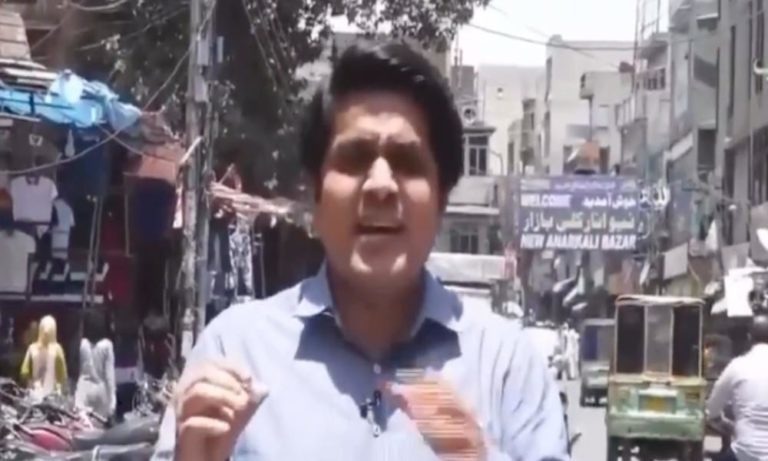 A TV reporter chose to compare women to wrapped and unwrapped candies yesterday in his story about Imran Khan’s comment on rape. The prime minister’s comment to Jonathan Swan in Sunday’s episode of HBO Axios — “If a woman is wearing very few clothes it will have an impact on the men, unless they are robots” – continues to generate controversy.

The reporter held two candies in his hand, unwrapping one while holding the other wrapped. The unwrapped candy, he said, was exposed to “bacteria and viruses” while the other was “protected” he said. The reference to clothed women being safe from rape was not lost on anyone. And it wasn’t appreciated.

User Fatmounh in a short series of tweets expressed frustration at the blatant fallacy of the analogy mentioning how though wrapped candy remains protected from disease and insects, it is “still not protected from man […] because man has the agency to rip through hundred layers of cloth and skin to inflict pain”

Several people remarked on the absurdity of the correlation, voicing how it “promotes rape culture” and makes men “believe women are objects”

The unfortunate truth is that his virality might get him a promotion at PNN. His seniors, probably and most definitely all men will be very proud to hear his remarks. Most men, fathers, and religious clerics will agree with his logic.

It is because of such incidents that we witness a decline in the standard of journalism in Pakistan. Said views are an example of personal bias and opinions being asserted on national television which is never invited. There should be proper training and tests of reporters and broadcasters before they join their positions.

The Hottest Popsicle in Town!