Shahid Afridi Tells Who Gave Him The Nick “Boom Boom”. 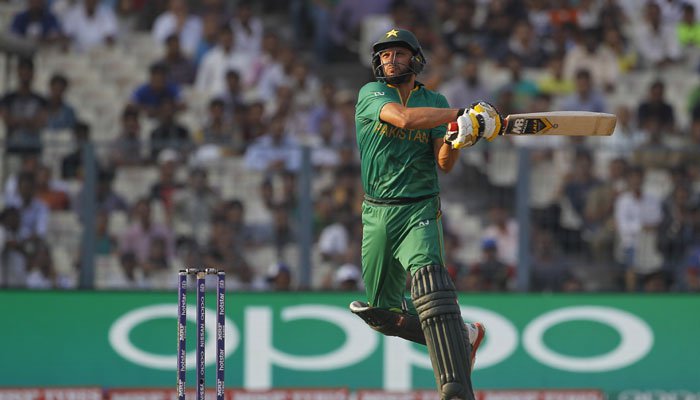 Former Pakistani all-rounder, Shahid Afridi revealed on Monday that it was an Indian cricketer that game him the name ‘Boom Boom.’

Talking to fans during a Q&A session on Twitter, Afridi was asked about the person who gave him the famous ‘Boom Boom’ title.

Afridi revealed that it was former Indian cricketer and current coach Ravi Shastri.

The Pakistan all-rounder, who announced himself on the international stage with a record-breaking 37-ball century, was known as ‘Boom Boom’ for his explosive style of play.

He also revealed his favourite bowlers at the highest level by responding, Glenn McGrath and Wasim Akram.

Shahid Afridi said he enjoyed bowling to former South African skipper AB de Villiers when he was given four choices by a fan. Sri Lanka’s talisman wicketkeeper-batsman Kumar Sangakkara and opener Tillakaratne Dilshan were among the options. India’s combative opener Virender Sehwag was also one of the choices for Shahid Afridi.

Afridi announced his retirement from international cricket in February 2017 after playing 398 ODIs, 99 T20Is and 27 Tests.

Shahid Afridi was due to play in the ongoing Carribean Premier League 2018 for Jamaica Tallawahs. However, he failed to take part as he did not successfully recover from his knee issue.