'Sammi'- Drama Serial With a Cause 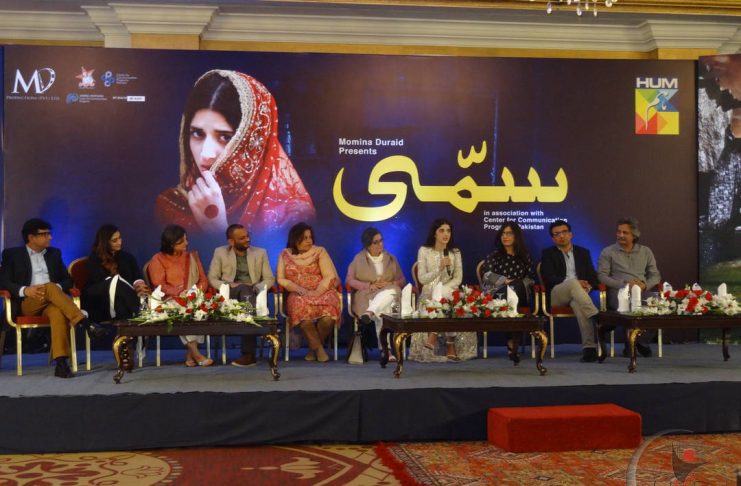 Previously, Mawra Hocane disappeared from Pakistani television screens after her Bollywood debut movie Sanam Teri Kasam. However, the young actress is now all set to make her comeback in a new drama serial titled as Sammi.
Sammi is directed by Saifee Hasan and produced by Momina Duraid. The upcoming drama serial is to feature Mawra Hocane, Adnan Siddiqui, Irfan Khoosat and Saman Ansari in lead roles. The new serial will also mark the appearance of Ahad Raza Mir, the son of the talented and a well-known actor Asif Raza Mir.
Mawra’s new drama serial is another Pakistani drama with a cause and a strong message for its viewers and Marwa is seen to be following the footsteps of her sister, Urwa Hocane. What we know for now is that Sammi is the story of a girl who undergoes a series of unfortunate events which are decided for her. The girl is miserable only till she decides to take matters into her own hands and do something about her life.
Sammi is set to air on HUM TV on 29th of January 2017 in association with John Hopkins University and we are eager to see how the story unfolds in this upcoming TV serial.

Click on the link below to watch a short teaser of Sammi:
https://www.youtube.com/watch?v=CviSLsjTWRI

Foodpanda’s offering #2GoodFor499 – Here’s how to order before it runs out of stock!