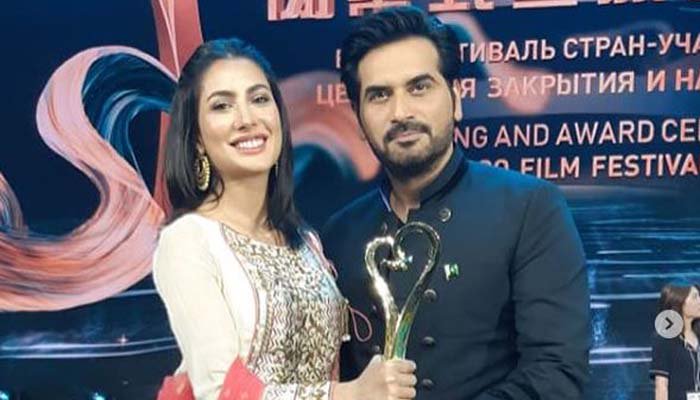 Pakistani film which falls under the category of romantic-comedy, Punjab Nahi Jaungi has won the ‘Special Jury Award’ at the Shanghai Cooperation Organisation (SCO) Film Festival in Qingdao, China.

The film festival was a 5 day event and was attended by the lead actors of PNJ Humayun Saeed and Mehwaish Hayat. The two accepted the award during the closing ceremony on Sunday.

“I am proud to share that our film, Punjab Nahi Jaungi has picked up the special jury award against competition from films from 12 other nations… This is a major honour for our fledgling industry and one that shows that we can compete with the best in the world. Many congratulations to the whole PNJ team on this much deserved accolade ! We are bringing it home,” Mehwish Hayat, who was in a leading role in the film, shared on Instagram.

She added, “I am very privileged to have been at the first Shanghai Cooperation Organisation (SCO) Film Festival being held in Qingdao for the past few days where two of my films were representing Pakistan. It has been a fabulous event where we were able to build on the special friendship our two nations share.”

Celebrities, Politicians, Athletes From Around the World Extend Eid Greetings