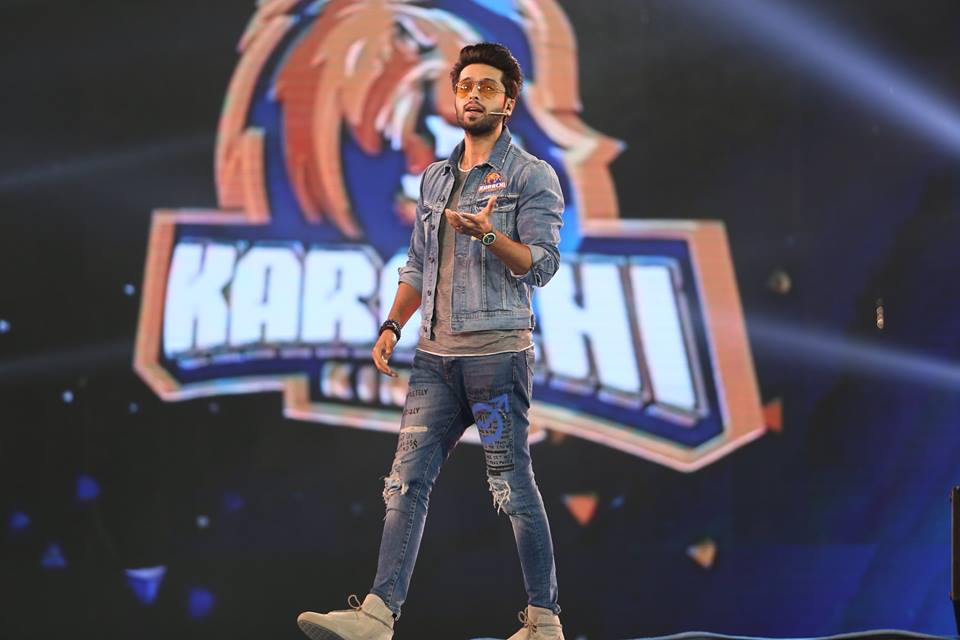 [Karachi – 3rd February, 2017: The Karachi Kings are back with a renewed zeal and vigor. As one of the five cricketing franchises participating in the Pakistan Super League T20, the team is the most loved and supported team in the league. The Karachi Kings franchise is proudly owned by Mr. Salman Iqbal who is also the Founder and President of ARY Digital Network. The team was officially launched for the first season of the PSL at a roaring mega event held at the National Stadium Karachi in Jan 2016, where the players and management were introduced to 30,000 plus jubilant fans who attended the venue.
For the second season of the PSL, the Karachi Kings are louder and stronger. The team launch conducted today at the National Stadium Karachi lived up to its promise with a mesmerizing spectacle of the city’s love and dedication towards their favorite team and game. The deafening roar of the fans will surely uplift the spirit of cricket in Pakistan. The team lineup was present at the event, with returning players as well as new inductees, including Shoaib Malik, Mohammad Amir, Imad Waseem, Sohail Khan,Shazaib Hassan, Saifullah Bungush, Babar Azam, Khurram Manzoor, Kashif Bhatti, Abrar Ahmed, Usama Mir, Rahat Ali, Amad Alam and Hasan Mohsin. Team Director Rashid Latif, CEO Karachi Kings Tariq Wasi, VP Operations Navaid Rasheed and Head of Marketing Shehzad Hassan Khan were also present at the event. 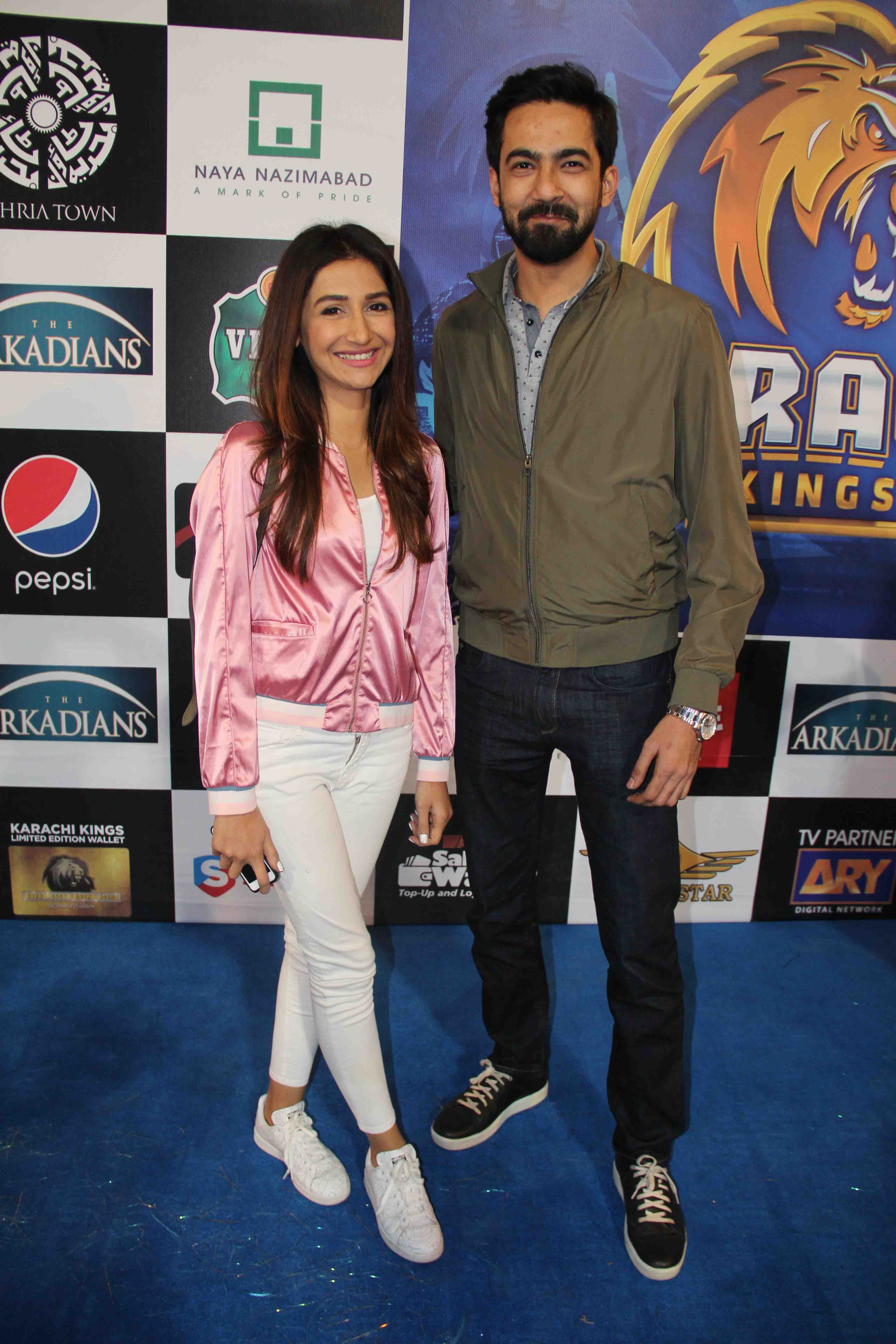 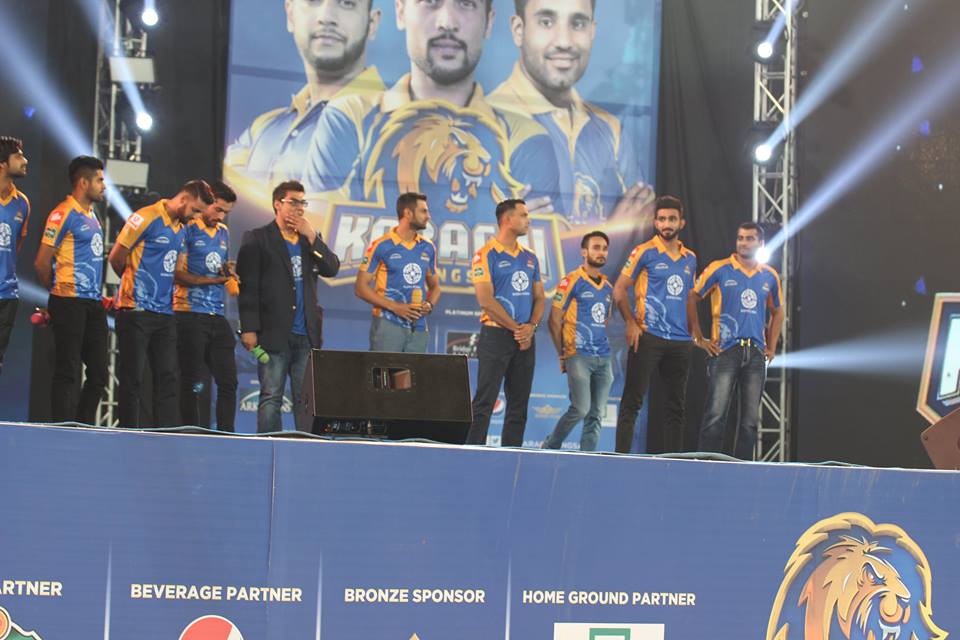 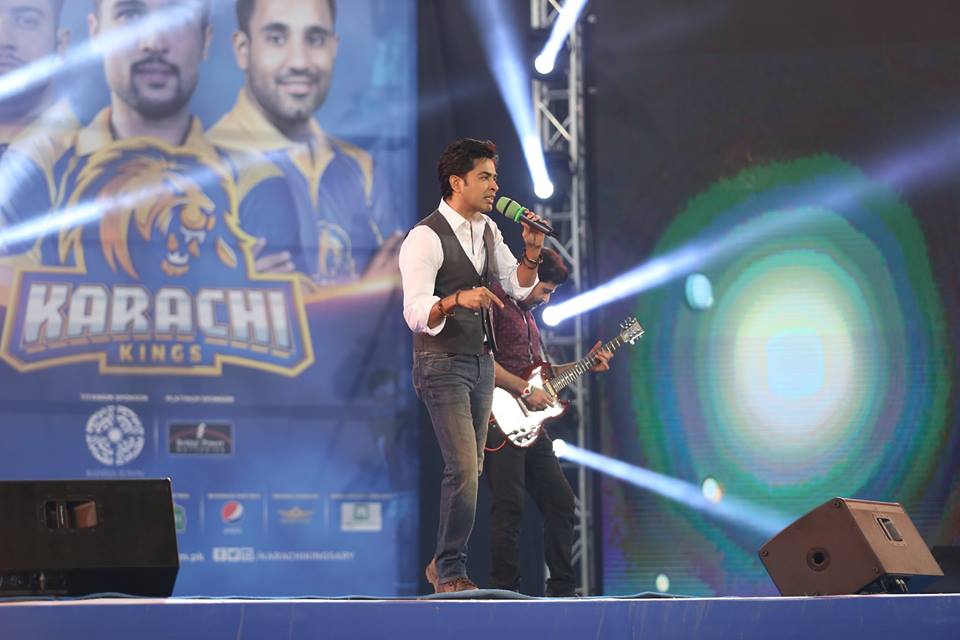 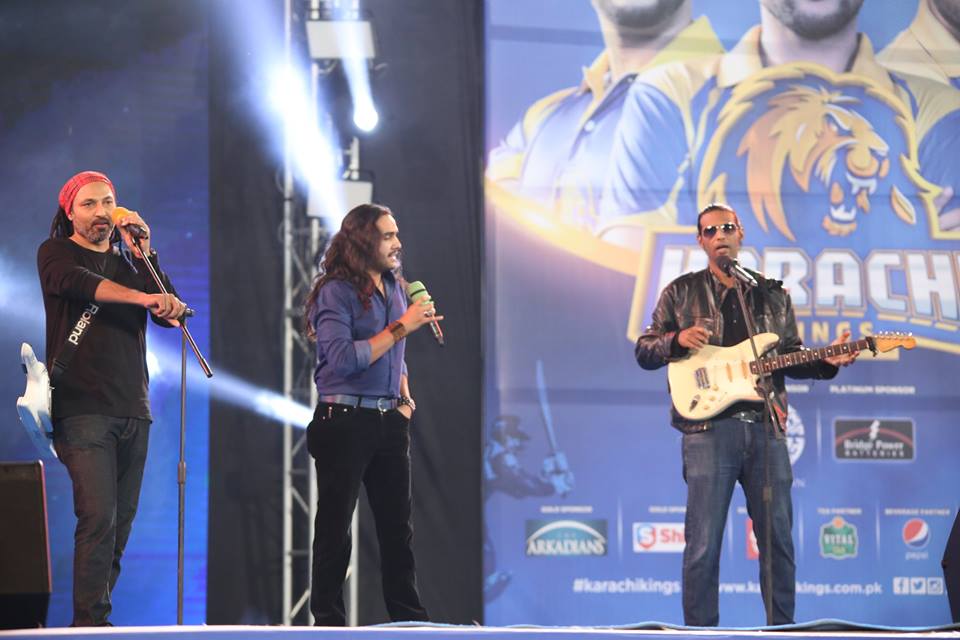 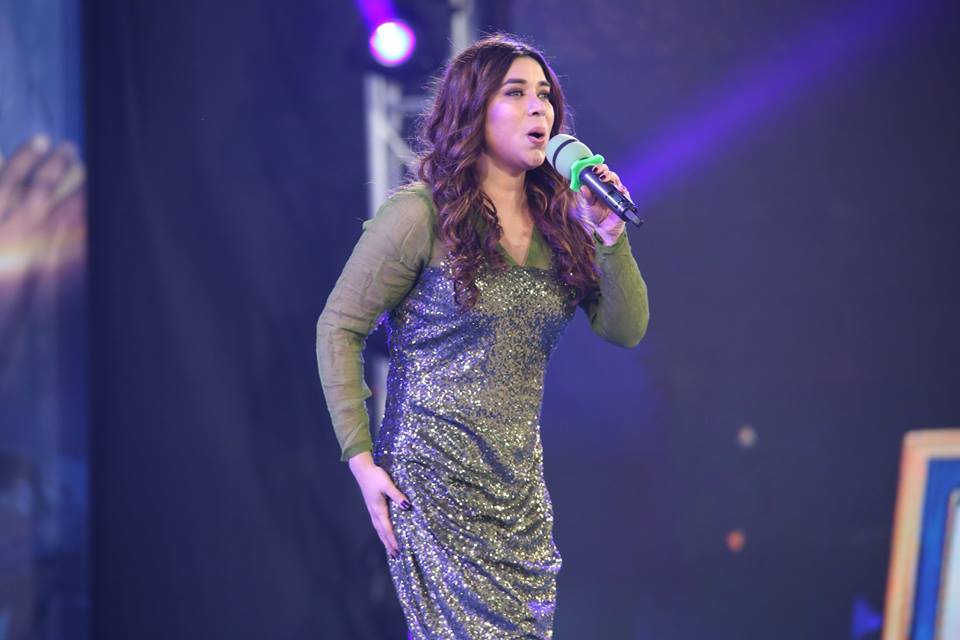 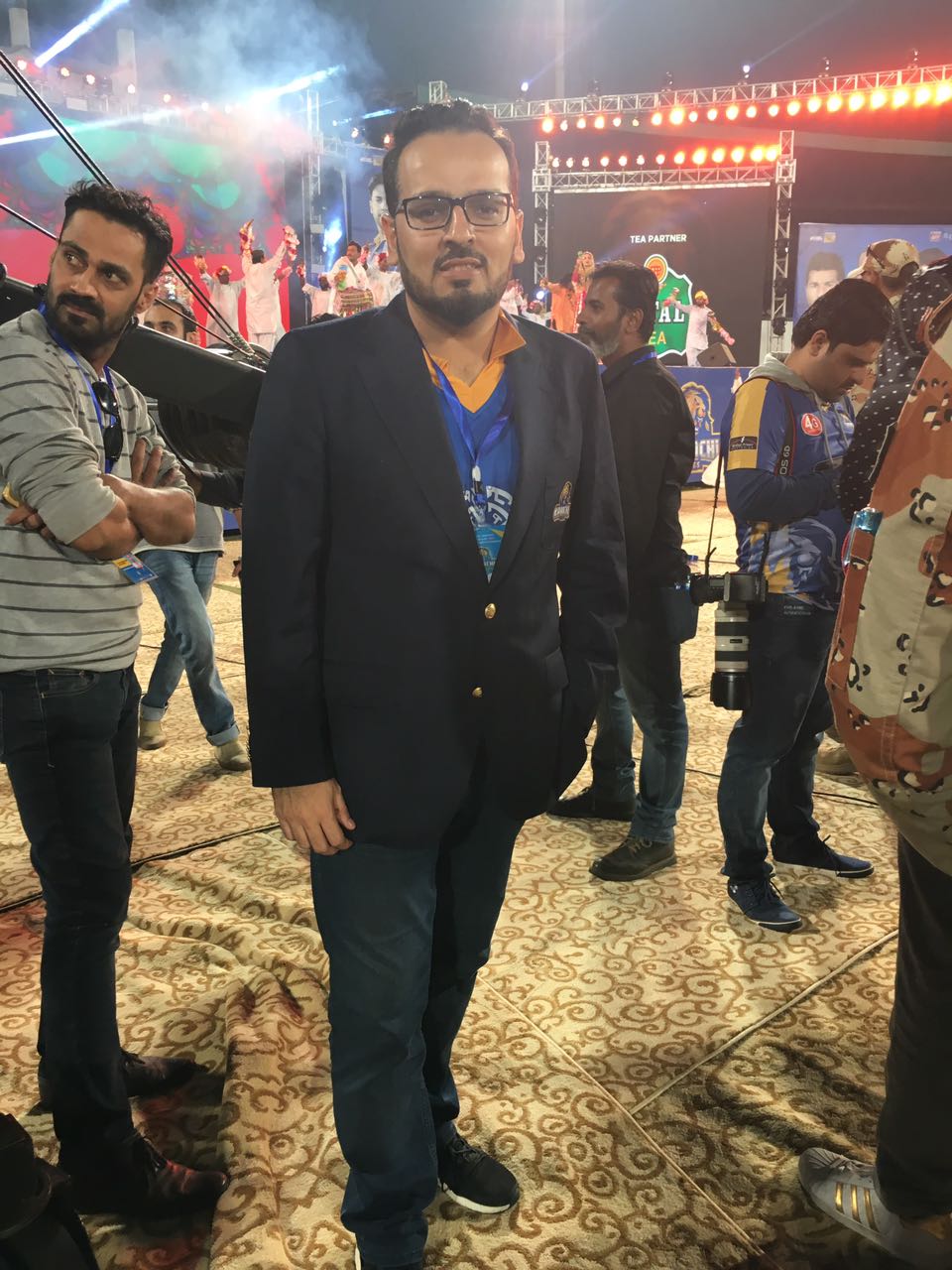 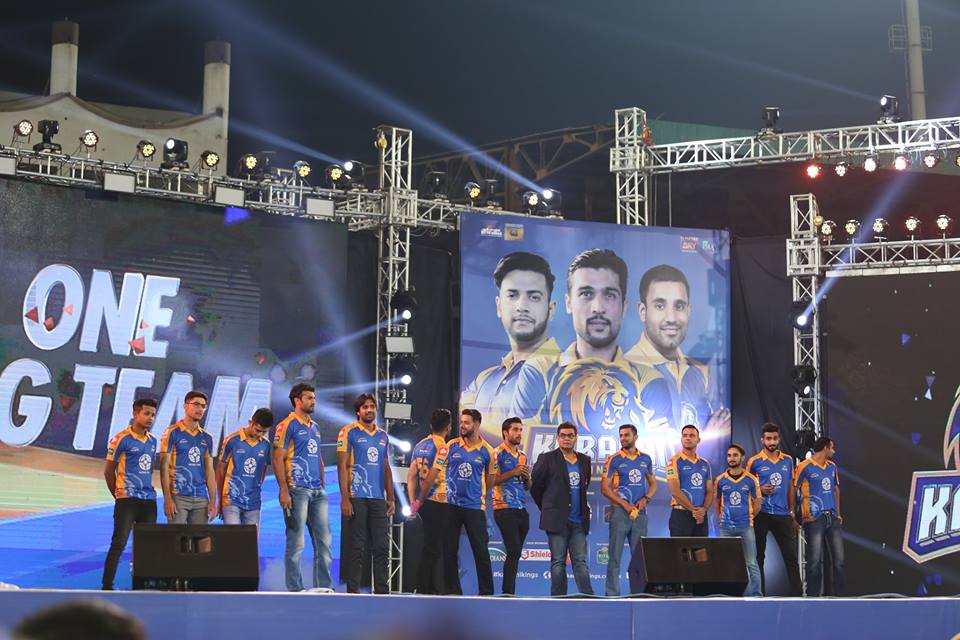 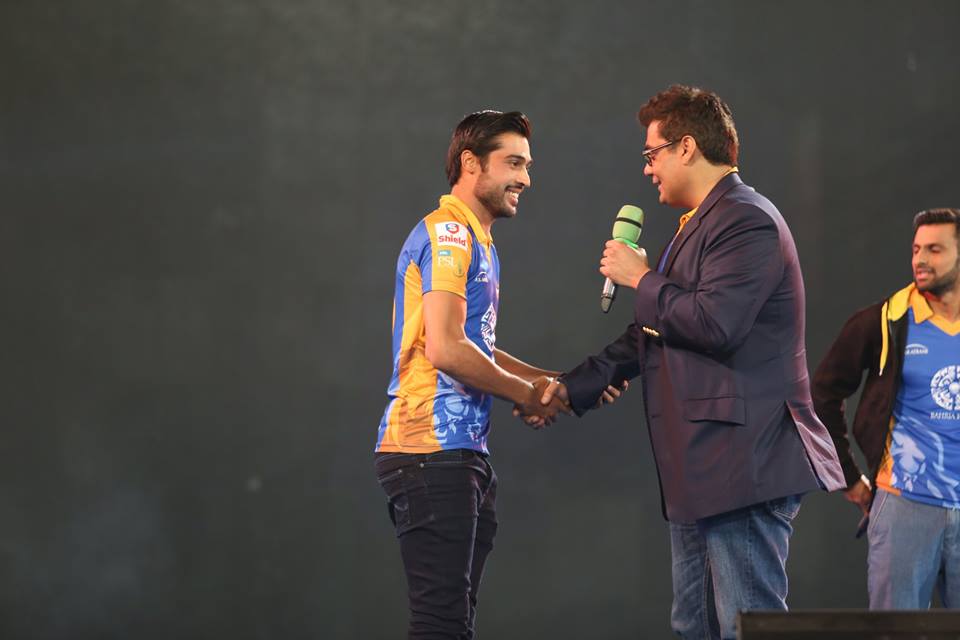 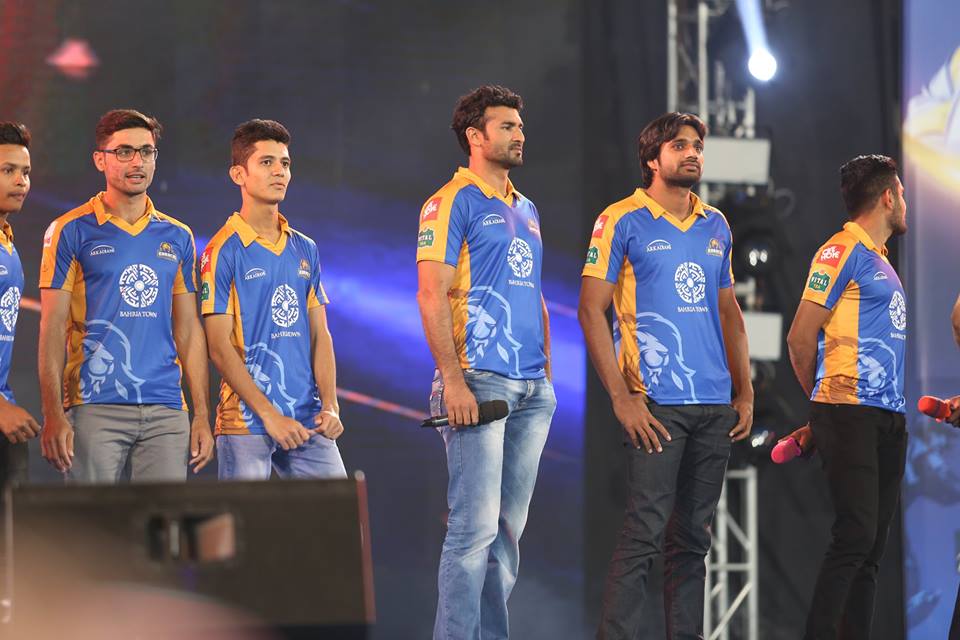 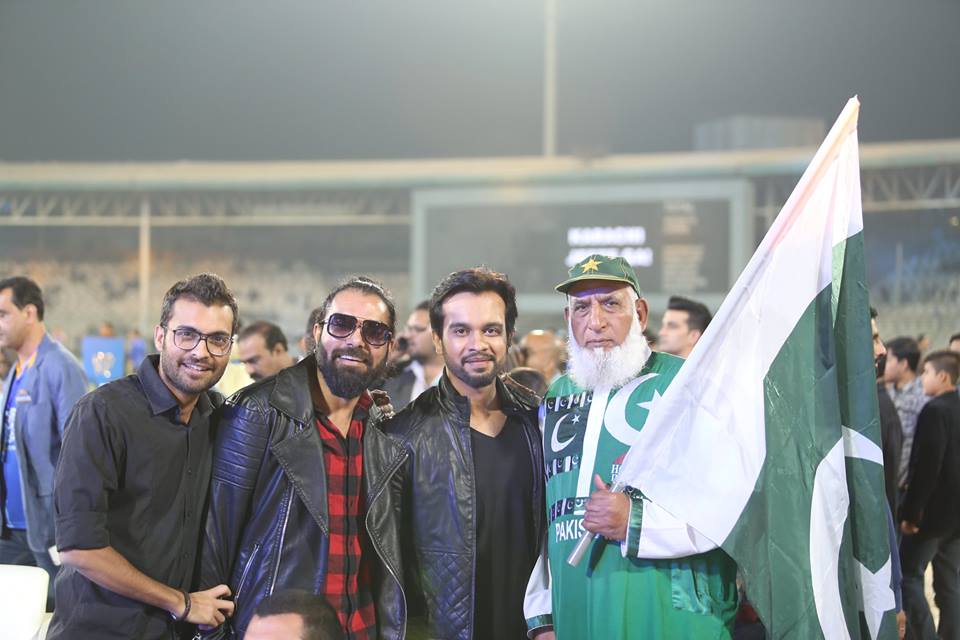 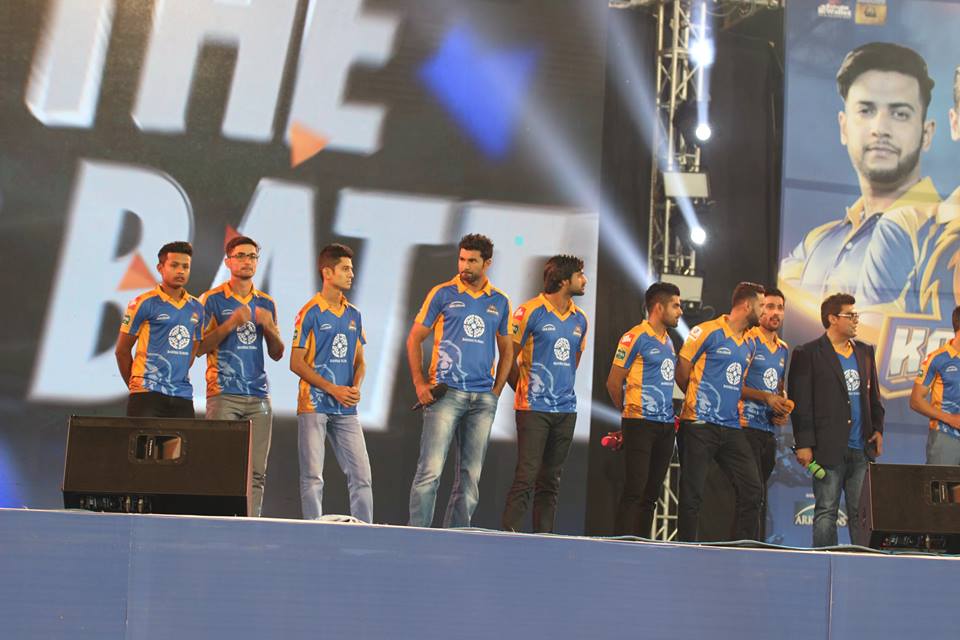 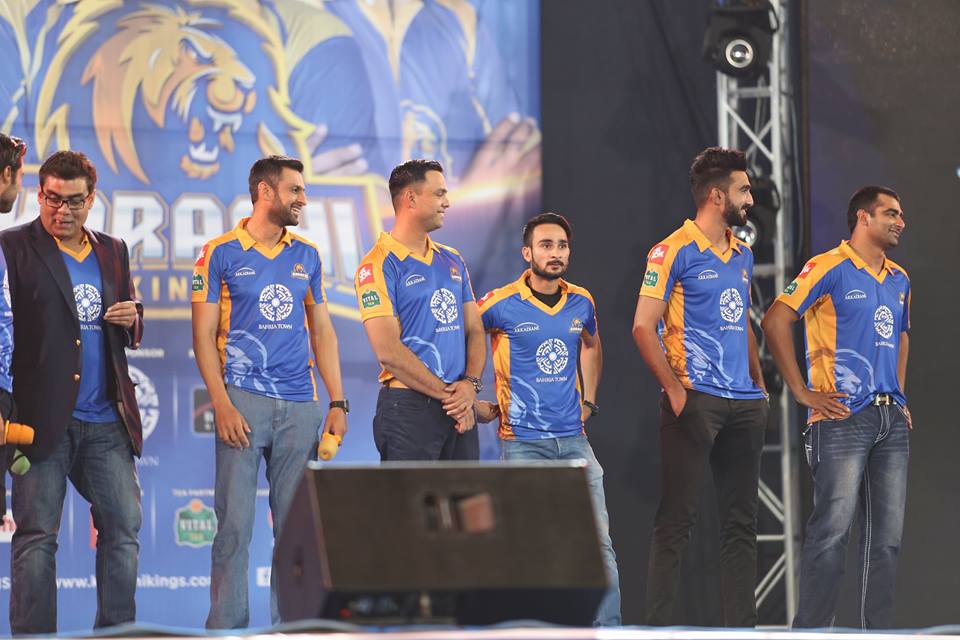 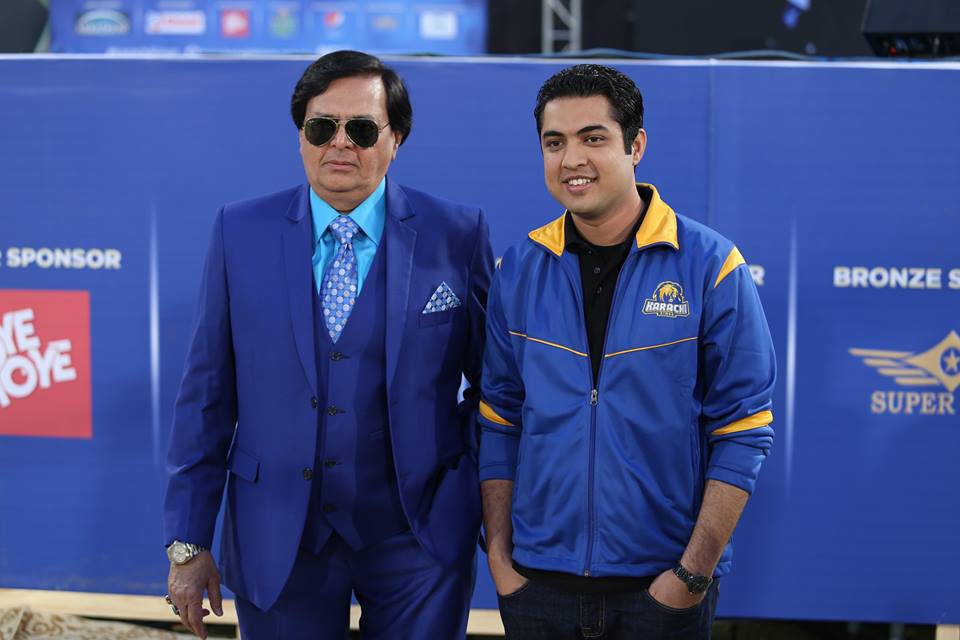 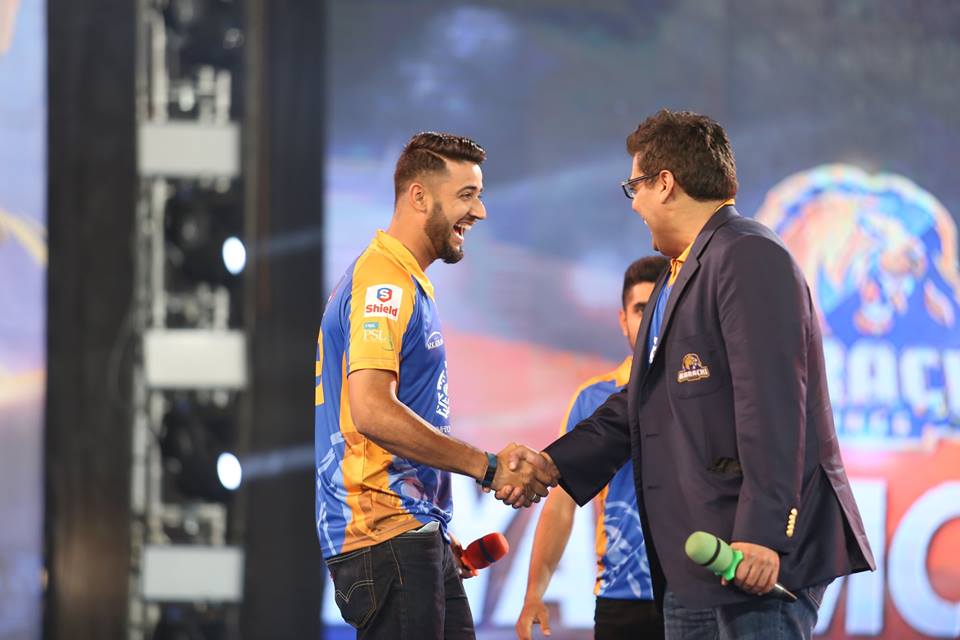 Speaking about the event, a jubilant Mr. Salman Iqbal – owner Karachi Kings said ‘As a team and as a people, we are resilient, determined and never step away from a challenge. The new lineup of the team features some of the most noteworthy athletes in the sport, from veterans to new blood, each player is unwavering in his commitment to excel on the field and make Karachi proud. With such immense successful event of team launch we have proved wrong to those few people who use to say that PSL will not be a success before it started. We are especially thankful to our sponsors Bahria Town (Titanium Sponsor),Bridge Power Batteries (Platinum Sponsor) , The Arkadians (Gold Sponsor), Sheild (Gold Sponsor), Oye Hoye (Silver Sponsor), Vital Tea (Tea Partner), Pepsi (Beverage Partner), Super Star Motorcycles (Bronze Sponsor) and Naya Nazimabad (Home Ground Partner) for making all of this possible’.
The event was hosted by the two of the beloved faces of the ARY family, news talk show anchor Waseem Badami and actor/game show host Fahad Mustafa. In addition to the huge number of fans in attendance, also present at the event were the who’s who of the media industry, countless celebrities, partners and sponsors of the team. Among the performers of the event were Shehzad Roy who officially launched the new anthem for the Karachi Kings, along with Fuzon, Shazia Khushk, Asim Azhar and Komal Rizvi who enthralled the audience with their wonderful performances.
Also present at the occasion were Chief Minister Sindh Syed Murad Ali Shah, Corps Commander Karachi Lt. General Shahid Baig Mirza, DG Rangers Major General Mohammad Saeed, IG Sindh Police AD Khawaja, Mayor Karachi Waseem Akhtar, Additional IG Karachi Police Mushtaq Mahar, Farooq Sattar Leader MQM Pakistan, Deputy Speaker Sindh Assembly Shehlah Raza. All of the dignitaries appreciated the efforts of Karachi Kings for putting up such a great spectacular and also gave tribute to the great people of Karachi and their love for cricket and Pakistan, reaffirming their commitment to a peaceful Karachi and prosperous Pakistan.
From the Sponsors side Zain Malik (Director Bahria Town), Aqeel Karim Dhedi (Chairman Arkadians), Arif Habib (Chairman Naya Nazimabad), Asif Memon (CEO Bridge Power), Farhan Malik (COO Shield), Mian Shahzad Khalid (Director Marketing United Snacks), Adnan Shabeer (Vital Tea), Saad Khan (Marketing Manager Pepsi), Usman Saleem (Director Super Star Bikes).
Also present at the event were Haji Mohammad Iqbal (Chairman ARY Digital Network), Haji Abdul Rauf (Vice Chairman ARY Digital Network), Mahboob Abdul Rauf (Director ARY Digital Network) and Mohammad Jerjees Seja (CEO of ARY Digital Network).
All the Pakistani players of Karachi Kings were present including Shoaib Malik, Mohammad Amir, Imad Waseem, Shahzeb Hasan, Khurram Manzoor, Babar Azam, Saifullah Bangash, Abrar Ahmed, Sohail Khan, Abdul Hamid, Rahat Ali, Osama Mir.
The past year was filled with exciting activities for Karachi Kings, such as the Khiladi Ki Khoj – Talent Hunt, the Season 2 players draft, changes to both the team roster and the management, the Karachi Kings – Karachi Dorega Marathon, all leading up to what promises to be a nail biting round of cricket in the second installment of PSL. But the excitement does not end there, the ‘Karachi Kings – Family Festival’ will be held at Naya Nazimabad during the second season of the PSL, which will be a fun filled event for the entire family, with match screenings, kids activities, LIVE performances, countless food stalls and much much more. During the month of Ramazan the Karachi Kings will be holding a cricket tournament featuring local players. Besides this a special tournament will be held to select the best of the 60 players from the trials for future inclusion for Karachi Kings B Team. With more and more events being planned, the year 2017 will surely be an exciting and enthralling time for the most favorite team of the PSL, the Karachi Kings.
The Media partners for the Karachi Kings include Score Line and Pakistan Observer for print, with Apna Karachi 107 and FM 91 as radio partner.