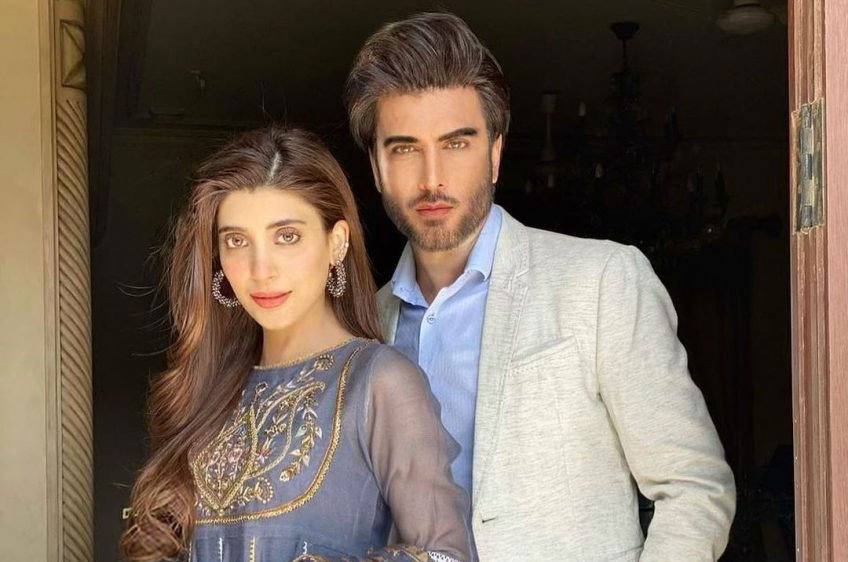 This week actors Imran Abbas and Ushna Shah were married on the internet. The actors laughed off the wedding rumours on social media. And while the Meri Zaat Zarra-e-Benishan star would have thought he had seen the last of it, he had to deal with more gossip.

The same YouTube channel has now shared that the actor has tied the knot with his upcoming co-star Urwa Hocane. The ‘news’ apparently came after the duo was seen crooning to a song on the sets of their upcoming drama serial. However, this time around, Abbas has taken a more firmer stance.

“After Alizeh Shah, Saboor, Ushna, now it’s Urwa. My fourth marriage since January 2021,” the actor wrote on Facebook. “In bloggers ko koi aur kaam nahi hai kya? (Yaa ye samajhtay hain ke Mujhe koi aur kaam Nahi hai)? (Do these bloggers have nothing better to do? Or do they think I don’t have anything better to do?) Can we take action against these bloggers/click baiters? It is really shameful to associate any female’s name with her co-actor/friend or vice versa.  I would request all of you to at least unsubscribe to these YouTube channels, bloggers or social media pages to let them have the taste of their own medicine.”

Earlier, Ushna had taken to her Instagram stories to share a screenshot of a poorly photoshopped image of her and Imran dressed up as bride and groom as a thumbnail for a video titled “Imran Abbas and Ushna Shah get married”. The Bashar Momin actor tagged Imran in the post, providing zero context and simply saying “Mubarak ho (congratulations).”

Have something to add to the story? Share in the comments section below.