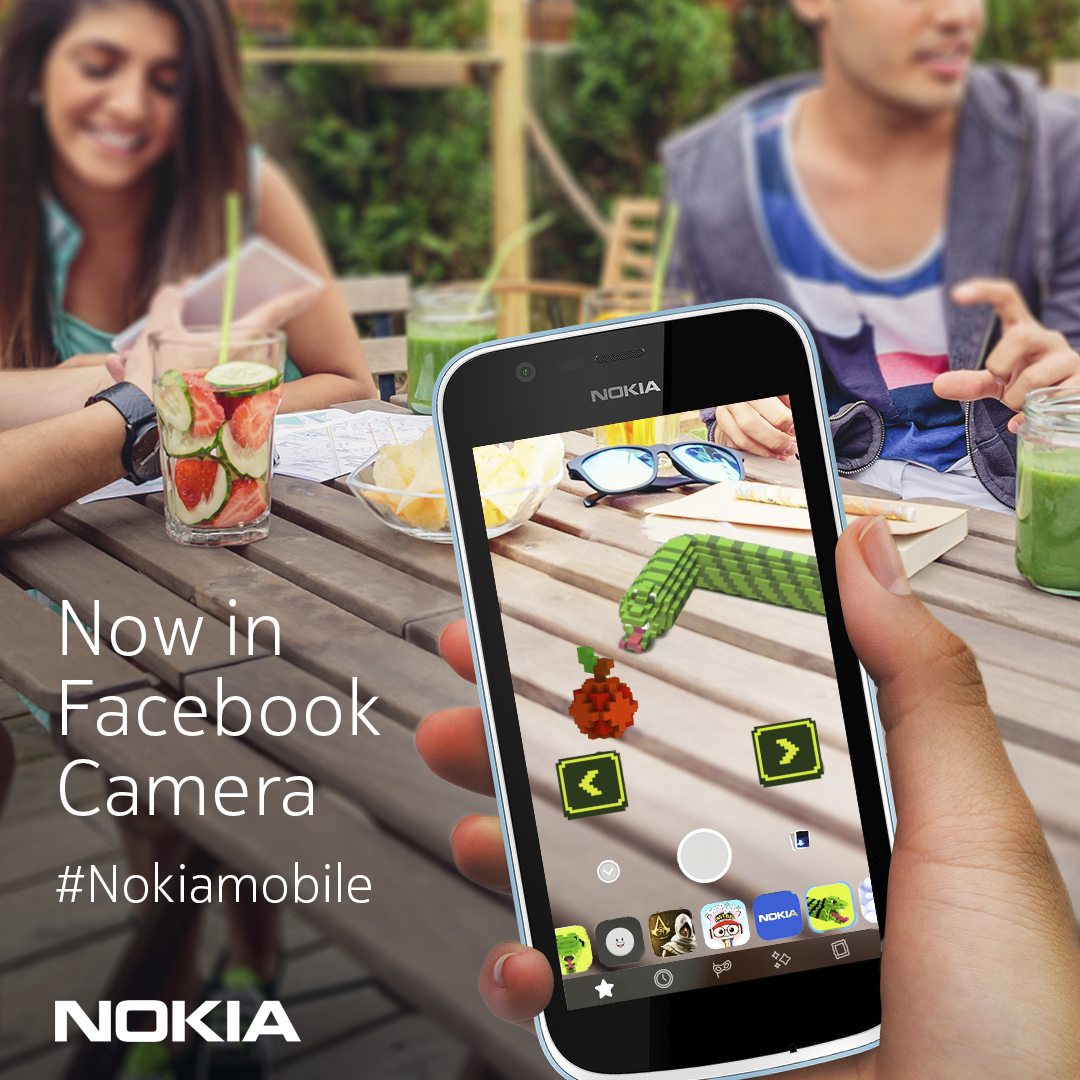 HMD Global, the home of Nokia phones, brings the classic snake game up to date with augmented reality. Snake Mask and Snake Real World filters  bring the iconic game to a new generation of fans.

The addictive premise of the game remains the same, but with a fun AR twist fans can now be the apple munching Snakes. Snake Mask utilises new Facebook AR technology to bring Snake to the widest audience possible.

Snake at the zoo? Snake at the beach? Snake… on a plane? Now it’s all possible when Snake is on Facebook camera. Plus, with Facebook Live integration, it’s straightforward to broadcast gameplay live to the Facebook news feed, allowing friends to join the action.

The all new Snake Mask uses the front-facing camera of Nokia smartphones running Android™ to allow players to turn themselves into the iconic Snake character, reacting to the motion of the player’s face. Snake Real World activates the rear facing camera.

To celebrate the release of the updated Nokia classic, comedian and YouTuber Matt Keck, the man behind the accidentally hilarious viral sensation “I’m a Snake” which received 23 million hits on YouTube, tested out Snake on Facebook camera. Matt has recreated his own viral hit, this time using the Snake Mask filter to show off the brilliant new features.

“The world famous game snaked its way back into people’s hearts at MWC in 2017, when we announced Snake for Facebook Messenger.

It was designed for a new social generation; fans could invite friends to play and share scores making it even more playable than first time round. This was the first time in Snake’s history that it went onto a universal channel, rather than a device preload, and it gained 121 million players around the world.

Now we launch an even more immersive experience to fans by allowing them to be the snake itself and eat the apples with filters available on Facebook camera – here at HMD Global we are bringing the much-loved gaming icon to a new AR era.”

The camera effect can be accessed via the Facebook camera and is universally available, not just to Nokia smartphones. It is available on Android and iOS.

HMD Global is encouraging players to share the most unusual places they play the game using the hashtag #imasnake2.

Good News for All Suno Chanda Fans, Season 2 of the Show Has Finally Been Confirmed