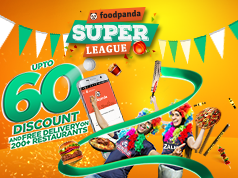 All cricket lovers who have been following PSL lately, need to start following FPSL alongside because Pakistan’s beloved foodpanda just clean swept the food scene with foodpanda Super League – #FPSL17.
The pandas truly know the fact that we Pakistanis love food just as much as we love our cricket and thus managed to hit the boundary with yet another stunning campaign: Up to 60% Off and Free Delivery on 200+ top restaurants nationwide for the entire PSL season! So, while we sit in front of the screen cheering for our favourite PSL team and the hunger strikes, we can simply play a hook shot by ordering some piping-hot food from McDonald’s, KFC, Broadway, OPTP and many more!

foodpanda’s CEO, Mr Nauman S Mirza said, “The entire nation has an extraordinary passion for cricket. PSL, especially is too close to our hearts because to see our own cricket league receiving such honour and praise calls for a celebration. And to make the celebration grand, we offer to be every Pakistani’s official food partner for the entire cricket season with FPSL.”
That’s not all; we have also come to know that foodpanda is working on a really exciting FPSL song with Abid Brohi, an extremely talented, budding Sibbi rapper, to rejoice the nation’s love for cricket and food.
All in all, foodpanda has indeed got us covered one more time with the biggest discounts and deals worth drooling over, exciting contests to ignite the cricket passion and a thrilling anthem to keep the cricket lovers all-pumped up throughout the most-celebrated cricket festival of the year. 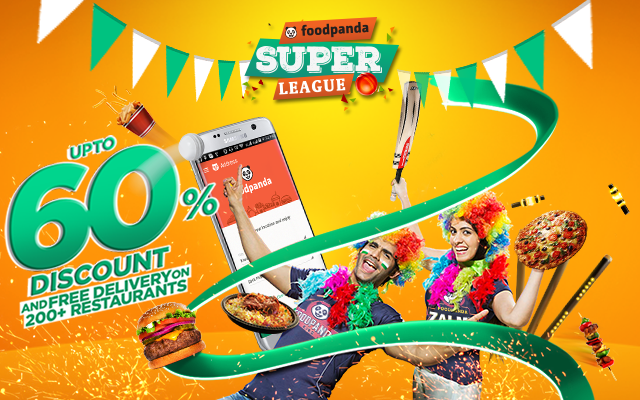 About foodpanda
foodpanda is a global mobile food delivery marketplace headquartered in Berlin, Germany, and operating in 24 countries and territories. The service allows users to select from local restaurants and place orders via its mobile application as well as the website. The company has partnered with over 40,000 restaurants. foodpanda is one of the fastest growing e-commerce businesses in Pakistan; recently the online giant achieved a truly extraordinary milestone in record time when it reached PKR 1 billion in revenue generation.