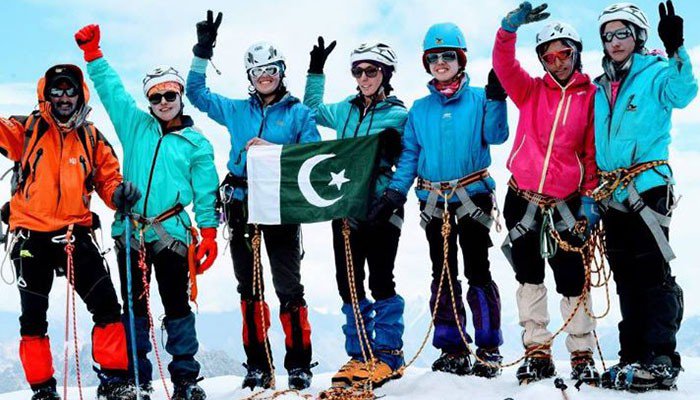 On Tuesday, a group of 6 girls were able to set a new record and reached the summit of 5300m Shifkteen Sar in Shimshal Valley, Hunza.

The group is now considered the first female team to have reached the top and climbed up from the peak’s north side.

The young girls set a world record by scaling the 6,080-metre Manglessar peak in the Shimshal valley in Karakoram mountain range.

The girls were accompanied by their grandfather on the incredible summit. Others included nine climbers and four foreigners.

The girls reached Manglessar peak on July 24th. Their expedition began on July 16.

According to the girls grandfather, Little Karim, who is an internationally renowned mountain climber, he began the campaign in order to encourage more women from Gilgit-Baltistan to take interest in the field of mountaineering.

Meera Claims to be Better Than Priyanka Chopra, Requests Hollywood to Consider Her