A New Richest Man In The World – For Just Two Days…. 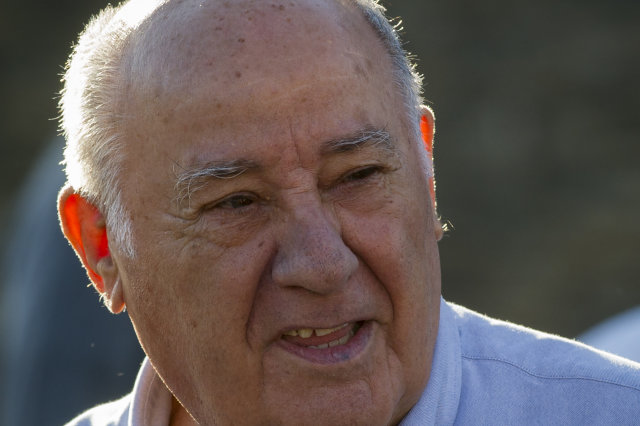 How must it feel to be the richest man in the world – and then to be knocked from the slot after just two days?
That’s what happened to Amancio Ortega, the founder of Spanish shopping chain Zara, who briefly toppled Microsoft founder Bill Gates from the position last week.
Ortega’s business, Inditex, started as a small dressmakers, making lingerie, pajamas and nightgowns in his living room. In 1975, he and his then wife opened their first Zara store.
The chain eventually became Spain’s biggest firm, thanks to its ‘fast fashion’ strategy. While other retailers were taking months to get a product from the design state to the stores, Zara was able to do it in a couple of weeks. Products that don’t sell are pulled from the shelves just as quickly.
Zara now has around 6,000 stores in 90 countries; and Inditex owns several other brands, including Pull & Bear, Massimo Dutti, Bershka, Stradivarius, Oysho and Uterque.
Ortega, 80, still holds a 59.3% stake in Inditex. And last week, when shares in the firm jumped 2.5%, this brought his personal fortune up to $79.5 billion – ahead of Bill Gates’ estimated $78.5 billion, according to Forbes.
However, Ortega didn’t have much time to celebrate his new-found status. Just two days later, more changes in share prices pushed him back down to second place.
“Zara founder Amancio Ortega has brief moment in the sun.”
Still, he should be used to this happening by now. Last October, he briefly topped Bill Gates in the Forbes list, before a rise in Microsoft shares saw them switching back.
Forbes expects the pair to keep on swapping back and forth. Bill Gates’ own fortune has been going up and down recently, having reached over $90 billion last month – the biggest it’s ever been.
But, as writer Dan Alexander points out, Gates has donated nearly $31 billion in stock and cash to his charitable foundation over the years.
“If the Microsoft cofounder were not such a prolific philanthropist, neither Ortega nor anyone else on Earth would be anywhere close to as rich as Gates,” he says.

Barcelona star Neymar 'turned down PSG's offer of a £42m contract, Private Jet and Hotel chain in the summer'..