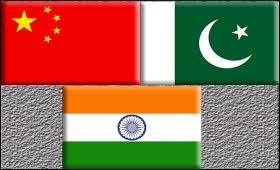 Brand Voice:  Pakistan’s equity market has been outperforming China’s and India’s markets by a big margin in recent years. In the last twelve months, Global X MSCI Pakistan ETF was up 20%, beating India’s and China’s comparable ETF’s by almost two to one – see table.
That may come as a big surprise to some. Pakistan has been suffering all sorts of terrorist attacks, which makes it a very unstable country to put your money in. And it has been lagging behind both India and China in key macroeconomic metrics like GDP growth rates and unemployment.
Pakistan’s, India’s and China’s Key Metrics
China :GDP $10866 billion
India:GDP $2074 billion
Pakistan: GDP $270 billion
GDP Growth yoy: China 6.7%, India 7.1%, Pakistan 4.24%.

A few things. First, terrorist attacks don’t usually affect financial markets, unless they are disruptive to trade, which hasn’t been the case in Pakistan. Second, Pakistan is a frontier rather than an emerging market, and therefore, favored by the numbers game. Third, its market reform efforts have been getting a couple of votes of confidence from overseas like $1 billion in support from the World Bank – and a couple of domestic acquisitions from foreign suitors like the acquisition of Karachi’s K-Karachi by Shanghai Electric Power Co. This has all been music to the ears of foreign investors.
While Pakistan’s market has been getting a couple of endorsements from overseas institutions and investors, China’s markets have been unsettled by the return of heavy-handed government policies which have scared away foreign investors. And while India has stayed on course with reforms, execution is a problem.
A few words of caution: Frontier markets are highly volatile, with one year’s big winners turning into next year’s big losers. Besides, with a big run up over the last five years, most of the gains are already behind, for now.

Panos Mourdoukoutas (Forbes).
[Disclaimer: The opinions in the this article are of the author and not BRAND VOICE.]