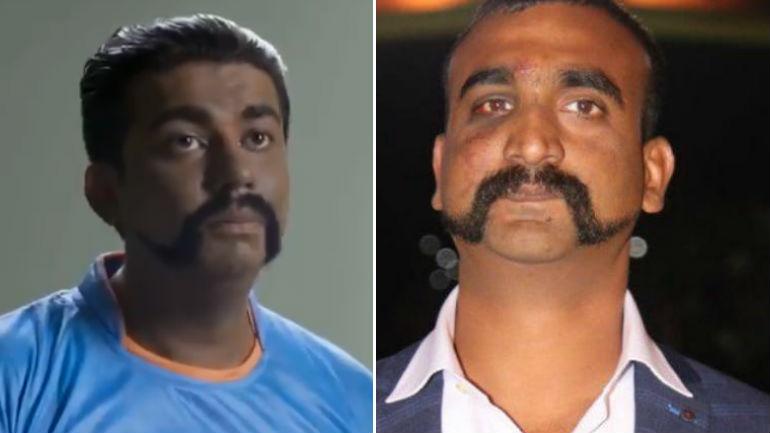 Earlier this year tensions between India and Pakistan has escalated, and an Indian pilot named Abhinandan had his fighter jet shot down because he entered Pakistani airspace. As his jet shot down, he had ejected and landed on Pakistani soil.

The Pakistan Army took him under their care and later in the day, a video of him was released by the Pakistani army to show that he was being treated with respect. The video went viral in both countries immediately.

I wanna put this on record, and I wont change if I go back to my country that I'm very impressed by Pak Army. They are thorough gentlemen and this is what I want to behave my army as. Tea is fantastic and I'm married. Wing Commander #Abhinanden in a new video. #budgam #IAF pic.twitter.com/6B2Y87vB1A

The attitude of Pakistan army was ofcourse met with praise. In the video, Abhinanden is seen drinking (and later praising) a cup of tea and declining to answer any questions he is asked by the Pakistani army officials.

The ad is for Pakistan and India facing off on the cricket pitch in the on-going cricket World Cup. Questions are asked related to cricket and India’s cricket strategy to which the actor replies with Abhinandan’s famous line, ‘I’m not supposed to tell you this.’ But when he’s about to leave, a voice calls back at him to say ‘Cup kahan le kar ja rahay ho?’

Abhinandan is back again with a CUP….! pic.twitter.com/dpBW2dbvzZ

While the Ad is obviously funny for us Pakistanis, the Indians were infuriated and here’s what the response was like online:

In pathetically bad taste. It’s not just about this hero of an individual,it’s about the sacrifices made by their kind. To make mockery out of the incident is like belittling the sacrifices. Do these admakers realize that soldiers are way above a cricket match?#Abhinandan #cwc19 https://t.co/Ov3pktdwfF

What do our readers think about this ad? Share your thoughts in the comments section below.

Bank Alfalah Fires Employee For Abusive Behaviour, Yet People Are Boycotting The Bank