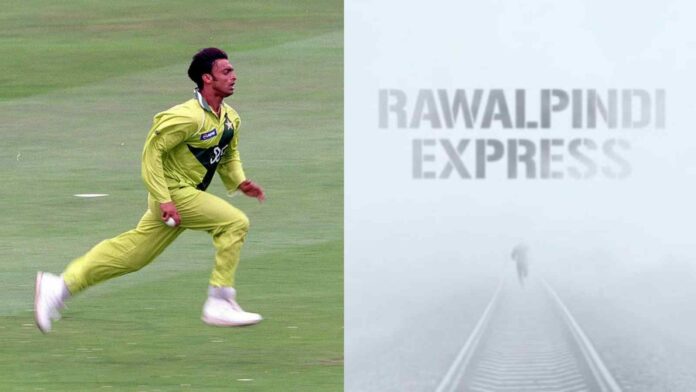 Former Pakistan fast bowler, Shoaib Akhtar, has revealed the release of his biopic, ‘Rawalpindi Express Running Against the Odds,’ saying it will be the first foreign film about a Pakistani sportsman.

While sharing a short video clip and poster for the biopic, the world’s fastest bowler announced the release of his story, life, and biopic under the title of ‘Rawalpindi Express Running Against the Odds,’ on his social media.

“Beginning of this beautiful journey. Announcing the launch of my story, my life, my Biopic, “RAWALPINDI EXPRESS – Running against the odds” You’re in for a ride you’ve never taken before. The first foreign film about a Pakistani Sportsman. Controversially yours, Shoaib Akhtar.”

The 46-year-old former pacer who participated in three World Cups for Pakistan, also held a ‘Questions & Answars’ session about his upcoming project using the hashtag #RawalpindiExpressTheFilm.

The film is directed by Faraz Qaiser and produced by Qfilmproductions, with a release date of November 16, 2023. However, no additional information about the project has been released.

While sharing his thoughts on social media, the film director said “An idea from 2016 has finally come to fruition. My first feature film’s poster is now available!”

Xiaomi brings forth the giveaway competition of the Year