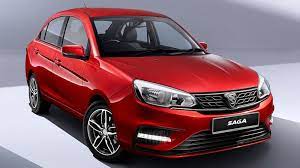 Al-Haj Automotive has announced a major price hike for Proton Saga and X70 due to the recent local currency crash. Prior to this, Proton had increased the prices of both vehicles thrice in 2022.

The base variant of Pakistan’s cheapest sedan now costs 2.82 million, whereas the top variant will now be available for almost Rs. 3.15 million.

Effective immediately, the new prices of all proton cars are as follows:

Since April, Pakistani Rupee (PKR) has lost around 30 percent against the US dollar which has made it harder for import-reliant industries like the auto sector to maintain their product prices. In addition to this, affected by the drop, rising steel, and shipping prices, Al-Haj Proton has also increased the prices of its cars. The Rupee has seen a significant rise in the last two days as it closed on 226.15 against the US Dollar on 4th August.

Earlier this week, Honda Atlas Cars Limited (HACL) held an analyst briefing that highlighted future prospects. The company foresaw a decline in sales by up to 35 percent due to supply-chain challenges.

Stay Tuned to Brand Voice for more news and updates!

Amazon is Buying the Company that Created ‘Roomba – the cleaner’ for $1.7 billion