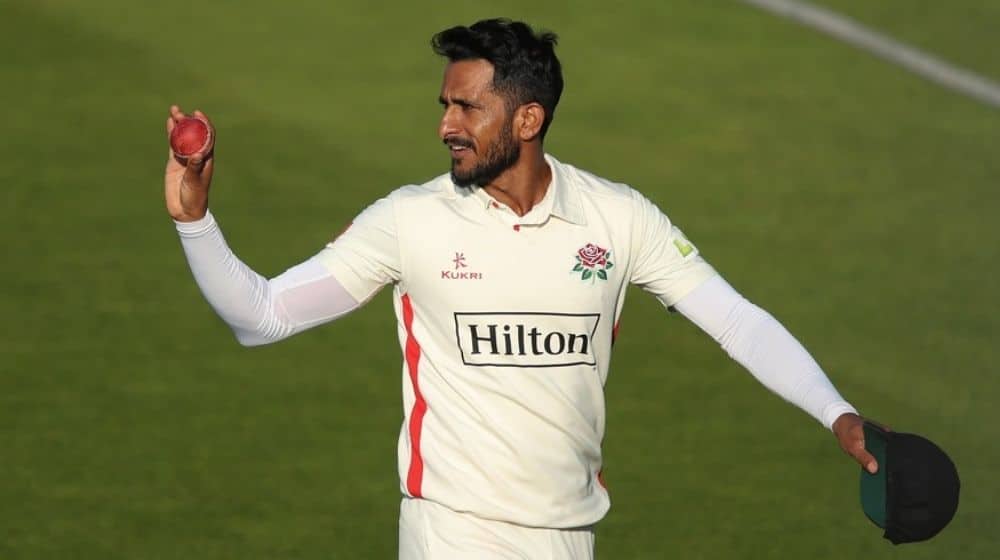 Pakistan’s right-arm pacer, Hasan Ali jolted Gloucestershire on the first day of the third round of the County Championship by bowling a splendid spell of 6/47, registering his 17th fifer in First-Class cricket.

The 27-year-old had been struggling to regain his form and fitness this year. The bowler also faced severe criticism for his poor performance against Australia at home.

In the first match, he took a total of 5 wickets as he went for 94 against Kent on his County debut.

Commenting on his five-wicket haul, Hasan said that a five-wicket is always a special moment for a pacer but bowling with James Anderson is pretty big.

“Picking up a five-for is always special for a fast-bowler, and this one is pretty special for me, especially when you are bowling with the great Jimmy bhai. I remember I was coming off the ground and he was clapping for me, so that’s a great moment when the great Jimmy bhai appreciated me. I was a bit nervous to share the ball with him, but he was there to support me and he backed me.”

Hasan, who was unstoppable, took the wicket of Chris Dent (52) before removing Miles Hammond (9).

Hasan then sent back Tom Lace without any score with a full delivery that struck the pads. The right-arm pacer cleaned up Josh Shaw (18) who chopped it onto the stumps.

Hasan got his fifth wicket of Jared Warner (0) who edged the ball to the third slip. The last wicket of Ajeet Dale (4) meant that Gloucestershire could only manage 252 despite a solid start.

5 Most Ridiculously Priced Burgers in Lahore

Cannon Launches Pakistan’s First Ever Compressed Mattress in a Box