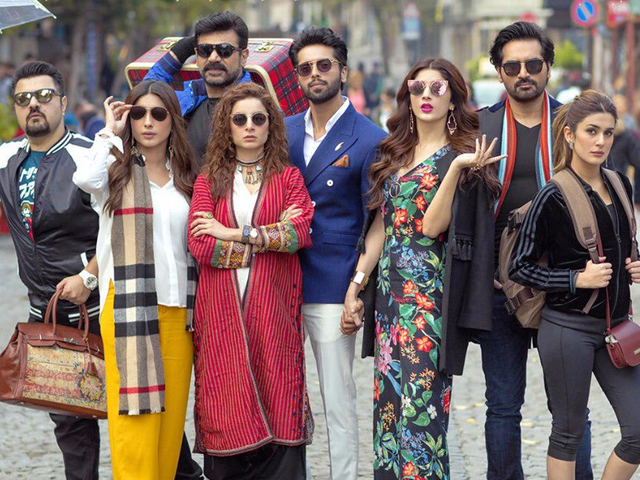 Jawani Phir Nahi Ani 2’s trailer has been released this week and it seems like this film is going to be more fun packed than the last one.

A lot of new faces have entered the film but some familiar ones can be seen. Humayun Saeed, Ahmed Ali Butt, Vasay Chaudhry, Sarwat Gilani and Uzma Khan are back. There are some new faces as well, such as most notably Fahad Mustafa, Mawra Hocane, Kubra Khan and a few Indian actors too.

As the trailer suggests, the sequel too will have Humayun Saeed fighting for his love with the help of his friends with Fahad Mustafa and the girl’s Indian family in his way.

We did feel, however, that trailer revealed a little too much about the movie and could’ve been structured in a better way. Yet, the dialogues and acting skills of the stars are note worthy. And we’re

You can watch the trailer here:

The film is slated for an Eid-ul-Azha release.