In Pakistan, Online Halala Services Are Looting Innocent Couples In The Name Of Religion

Only recently, several news sources have revealed that couples in Pakistan are actively seeking Halala Services and the internet provides a large variety of options to choose the service provider of your own choice.
Shocking stories about the Halala services have been revealed in the UK and now in Pakistan.
Many of you might use OLX for buying and selling thing. The platform is also used by Halala service providers to advertise themselves. The ads largely from metropolitan cities like Lahore, Karachi, Islamabad. 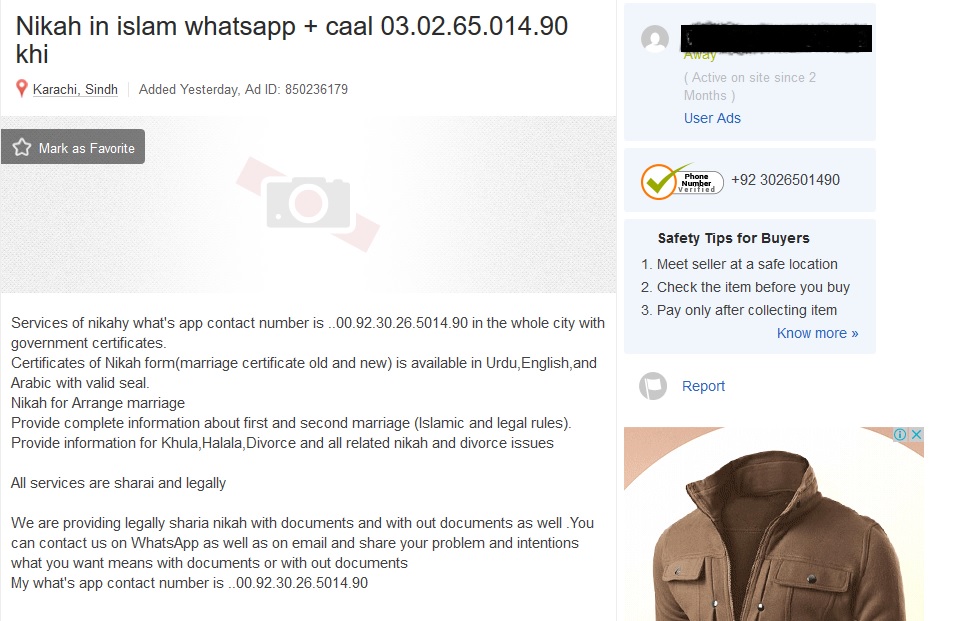 Below is an interview of a woman who was interviewed by a local channel. She was the wife of an imam in a local mosque in Pakistan. Her tragedy – her husband divorced her six times! And made her go through Halala six times. It was only after the sixth time that she realized that what she was going through was not right.


On another occasion, TV show host Kamran Shahid also dedicated one of his episodes to talk about this particular practice. The couple in question was one where the husband had divorced the wife and wanted to get back with her. They went to their local Imam who suggested finding people for Halala services. The husband was uncomfortable with the idea and asked the Imam to suggest another way of remarrying. The Imam then suggested performing the ritual himself to make the process trust worthy. That also did not set well with the guy and he just decided to remarry his wife without Halala.
Many Pakistanis may not want to talk about this topic but these issues are quite prevalent in our society as well. Just because they are not discussed does not mean that they do not exist. This is one of the issues which must be addressed by the scholars before a lot of couples are exploited by Halala service providers!

What is your say on the matter? Do let us know in the comments section below!