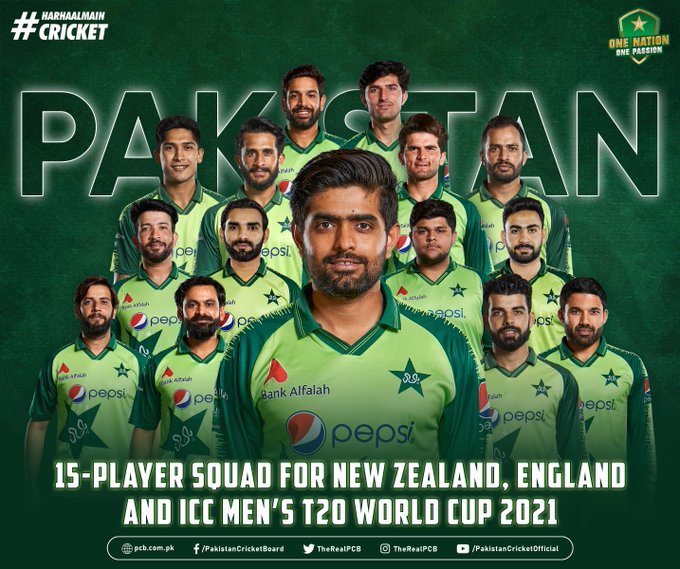 Pakistan Cricket Board (PCB) announced the Playing Eleven T20 Squad for Pakistan for the ICC Men’s World Cup 2021. PCB Chief Selector, Muhammad Wasim, announced a team of 15 men, with 3 players on the reserve.

With Babar Azam as the captain and Shadab Khan as vice-captain, the squad has included new talent discovered through Pakistan Super League. Misbah-ul-Haq havignstepped down from captaincy.

Previous wicketkeeper, Sarfaraz Ahmed has been replaced by Mohammad Rizwan and Azam Khan as backup wicketkeeper.

Fakhar Zaman, Usman Qadir and Shahnawaz Dahani have been included in the reserve players.

It was also announced by PCB that the same squad will also be playing five T20’s against New Zealand in Pakistan and against England as well.

The T20 World Cup which is set to start in 17th October, will be played in Oman, Dubai, Sharjah and Abu Dhabi. It includes 16 teams and Namibia will be debuting in this tournament.