Hamid Mir’s Jang is over, joins GNN as President 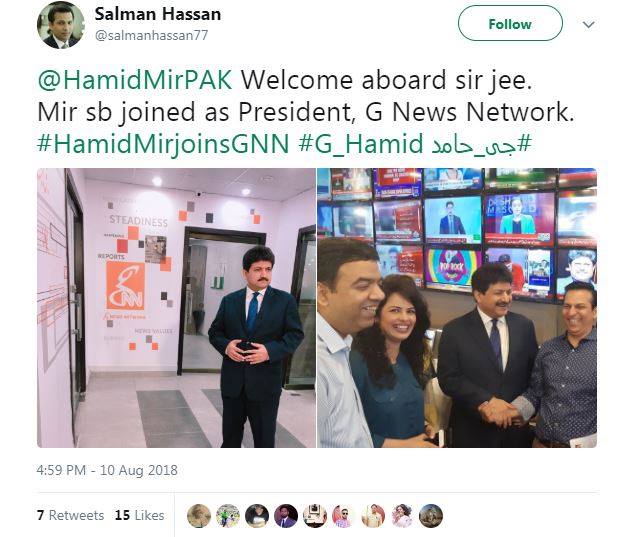 In a picture making rounds over the internet, the host of one of the most popular current affairs show of the country – Geo News’ Capital Talk – can be seen standing at the GNN newsroom in Lahore. Taking to Twitter to share the picture, newscaster Salman Hassan wrote, “Welcome aboard sir jee. Mir sb joined as president of GNN.”

While all social networking sites are buzzing with the development, Hamid Mir is yet to confirm leaving the Jang group, with which he has been associated for over three decades.

Foodpanda brings Kashmir – the Band to your doorstep to celebrate the spirit of Azadi!