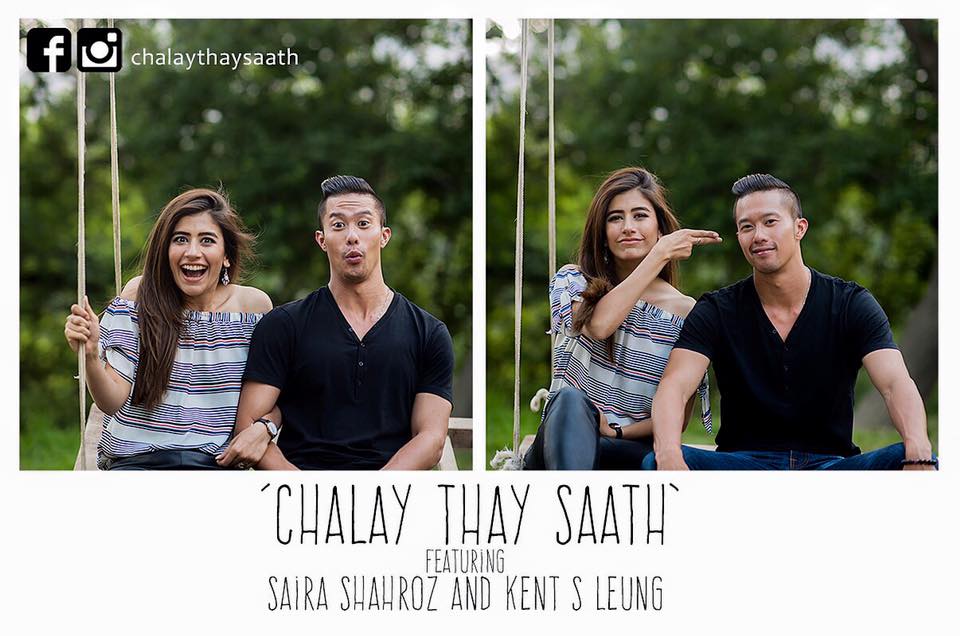 Chalay Thay Saath is an upcoming film by Umer Adil, which is to feature the Pakistani eye candy Syra Shehroz along side, Kent S. Leung. The movie is all set to release on the 21st of April and we can’t wait to watch the film as it promises to be an entertaining journey of love and friendship.
The makers of Chalay Thay Saath have released their first song Pariyaan, and the new track will make you helplessly fall in love with it.
The video of the song shows friendship and also highlights the relationship between Resham (Syra Shehroze) and Adam (Kent S. Leung).
The song which is sung by Shahab Hussain, and written by Shahab Hussain and Zeeshan Lalani, is a beautiful melody which is not to be missed.
The highlight of the song is its exquisite video which is shot in scenic locations like Hunza and is a visual treat for the eyes. Judging from the song, we are confident that the film is going to be high on emotions.
The ensemble cast of the movie also includes Zhalay Sarhadi, Mansha Pasha, Osama Tahir, Faris Khalid, Shamim Hilaly and Sherbaz Kaleem.
Watch the official trailer for the movie here:

"Be Your Own Hero" – Event by WoWoman Lahore