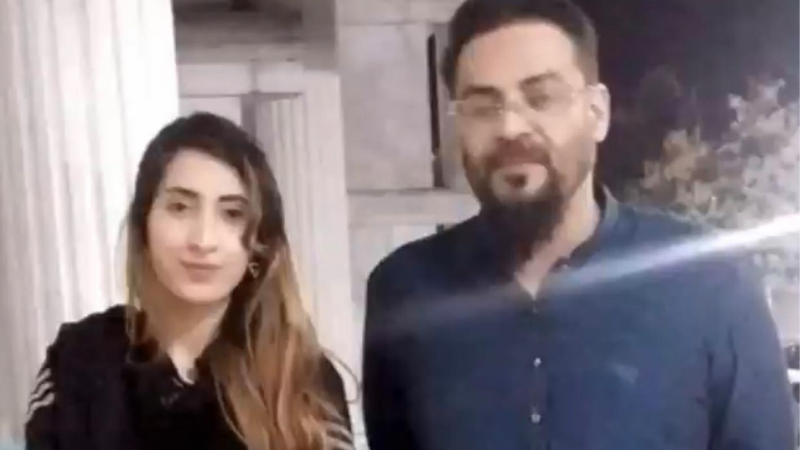 In a series of unpredictable events, as is always the case with most things Aamir Liaquat, a woman emerged last week, claiming she is the Amil Online host’s wife. It was actor and model Haniya Khan. She accused Liaquat and his second wife, Syeda Tuba Aamir, of using black magic to harm her.

The Karachi-based model posted many pictures of the two together at different spots while she also posted several screenshots of the conversation with the ruling party leader and televangelist.

Amir, 48, could not escape from the severe backlash from his second marriage with young Tuba while he stepped into another controversy in the sacred month following his intolerable and hilarious Naagin dance in a Ramadan transmission.

Liaquat released a video denying the rumours of his third marriage, saying, “I only have one marriage, which is with Tuba.”

In a video laden with problematic statements, Liaquat said, “Everyone complains about talkative women, but no one marries a mute woman.” He continued, “Everyone wants to marry a woman that can speak.”

Without suggesting too much, we would like to remind you that this is being said after his alleged third wife spoke about his untruthful, exploitative behaviour.

The internet, of course, was in shock. But not for reasons you might suspect. The internet was struggling to come to terms with idea that Aamir Liaquat is a hot commodity in the marriage market.

As for now, the ex-minister for religious affairs has not responded to any accusations or claims of the model.

Earlier in 2018, Hussain tied the knot with a young co-worker from a private news network.